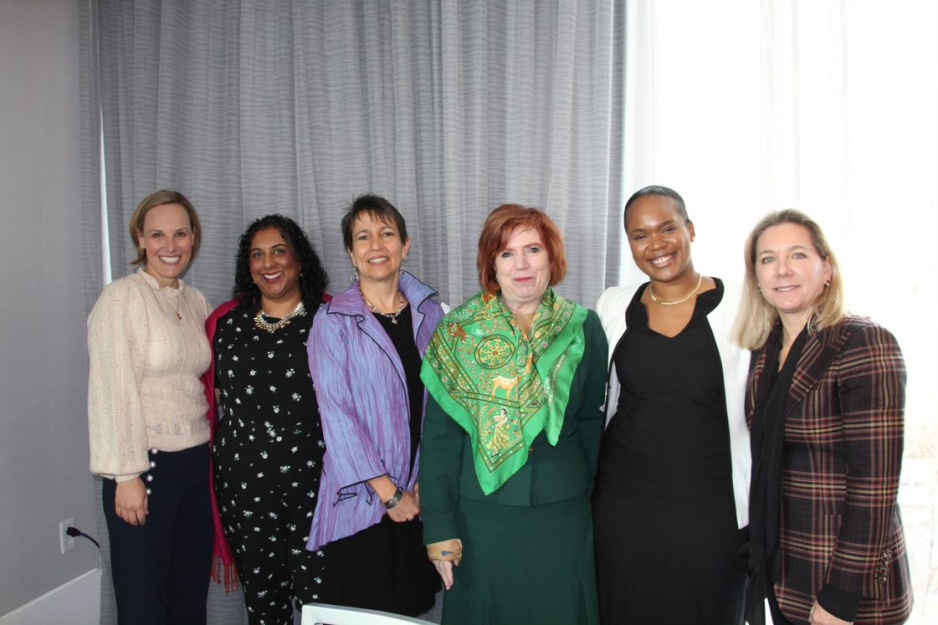 In early April, Partners In Health hosted two events centered on the role of women in the fight for global health equity. The morning following the inaugural Evening for Equity event, which featured TED-style talks from women leaders across the organization, PIH hosted a panel conversation titled “Women’s Philanthropy for Women’s Health,” during which attendees celebrated women’s increasing involvement in philanthropy and discussed a vision for its impact on women’s health globally.

Dr. Joia Mukherjee, PIH’s chief medical officer, addressed an audience of 50 philanthropists about why and how to support global health equity on behalf of women. Mukherjee described the historical injustices that have led to, for instance, women in Sierra Leone facing a 1 in 17 lifetime risk of dying during pregnancy or childbirth—compared to the 1 in 3,800 lifetime risk of women in the United States. Yet she shared that there are known ways to combat these inequities in women’s health, and just as many ways to support organizations like PIH that are leading this vital work.

Three panelists and a moderator discussed these ways to lend support, highlighting the following themes about philanthropy:

• If you don’t know where to start your philanthropic journey, engage with organizations fighting the injustices you feel most strongly about.

• It is critical to empower nonprofits to listen to the people they seek to serve.

• Philanthropy is an ever-evolving process, but must always remain rooted in education and collaboration.

• One of the most effective gifts to PIH is sharing the work with friends, family, and other networks via email and social media.