PIH® serves Native Americans struggling with some of the worst health outcomes in the United States.
× 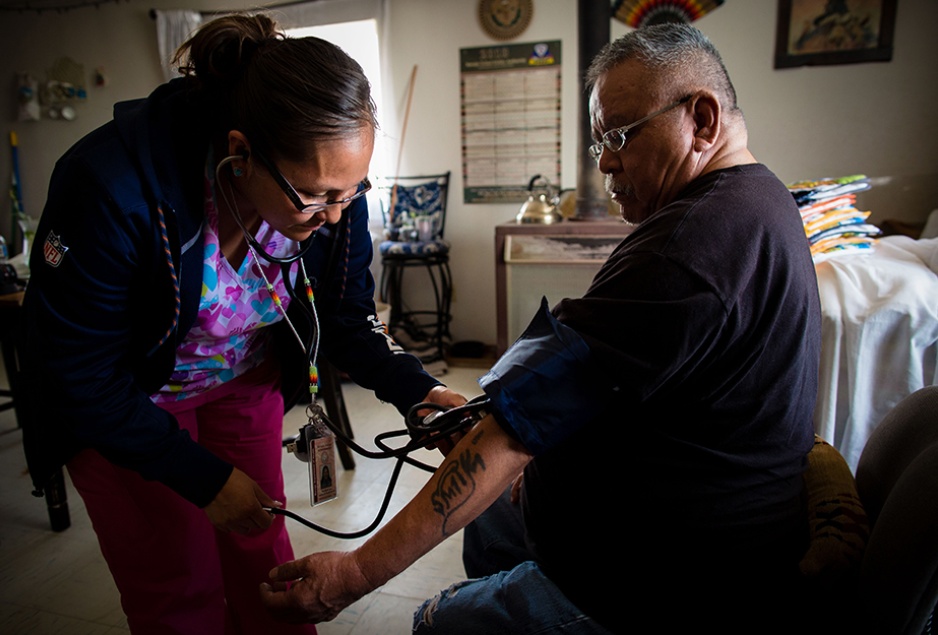 Community Health Representative Terrilyne Joe visits patient Norman at his home near Crownpoint, New Mexico, in March 2018. Norman has severe arthritis and requires assistance to move around. Joe is 26 and has been a CHR for almost 2 years.
Photo by Cecille Joan Avila / Partners In Health

The largest Indian reservation in the United States, the Navajo Nation stretches from the rim of the Grand Canyon in the west to the peach orchards of Farmington, New Mexico, in the east; from empty highways around Holbrook, Arizona, in the south to the sandstone buttes of red rock Utah in the north. Those 27,000 square miles have been home, more and less, for the last millennium.

Many of the 300,000 residents of the Navajo Nation are now fighting to maintain their tradition of self-sufficiency, especially regarding health. Take just diabetes. Historically, almost no Navajo suffered from it. But because of factors including the scarcity of wholesome groceries available within the Navajo Nation, one in three Navajo are now diabetic or pre-diabetic. In some regions, health care workers report diagnosing diabetes in every other patient.

Partners In Health was invited in 2009 to help strengthen the Navajo Nation’s health system. Under the name Community Outreach and Patient Empowerment, or COPE, our program there supports two big initiatives.

First, the backbone of the health system: community health workers, known locally as Community Health Representatives. Roughly 100 Representatives, trained as nursing assistants, have been consulting patients in their homes since the 1960s, forming one of the best-established community health worker programs in the nation. They help people young and old access medical resources, attend prenatal appointments, manage diabetes or high blood pressure, and much more.

In collaboration with local partners, PIH also facilitates skill-building sessions, leadership workshops, certification trainings, and materials for patient visits, including iPad presentations designed for people who don’t speak English as a first language. All of those efforts are focused on keeping patients connected to health care.

Our team also supports the Nation’s ongoing movement to combat diabetes. With just 13 grocery stores in an area the size of West Virginia, gas station junk food is often the special of the day. Working with health care providers across the Nation, we created the Navajo Fruit and Vegetable Prescription Program, in which doctors “prescribe” fruits and vegetables to overweight families, with vouchers for free produce. Small local shops stock fruits and vegetables, and patients use the vouchers to buy the newly stocked items.

All told, more than 1,700 people have benefited from FVRx food vouchers and education, and 85 percent of those people have met the goal of eating five servings of fruits and vegetables per day. After just six months in the program, nearly a third of children who initially were overweight meet criteria for healthy weight.

All of them, like the rest of the Navajo Nation, are standing a little taller. 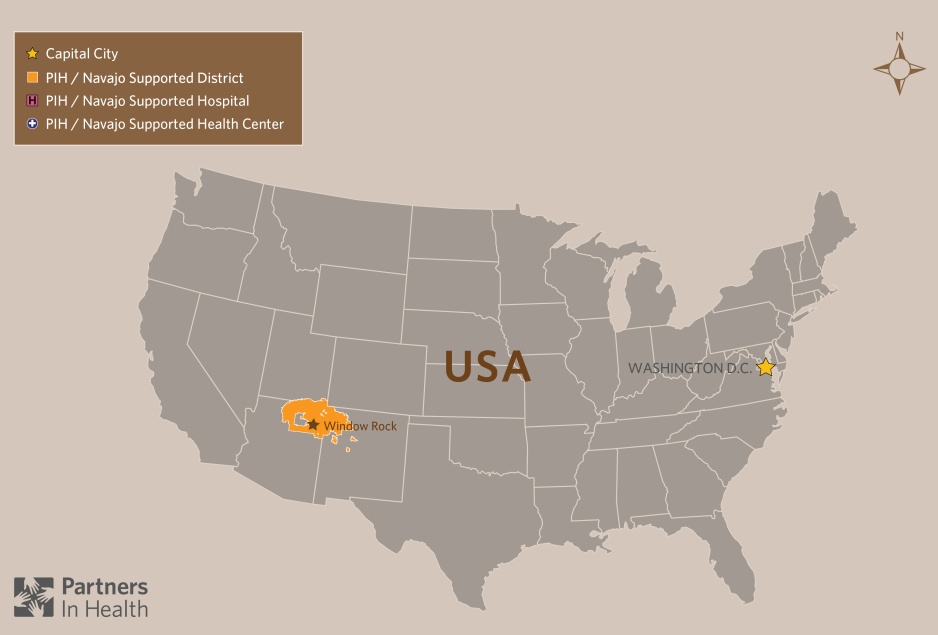