A Model for Building Health Systems
× 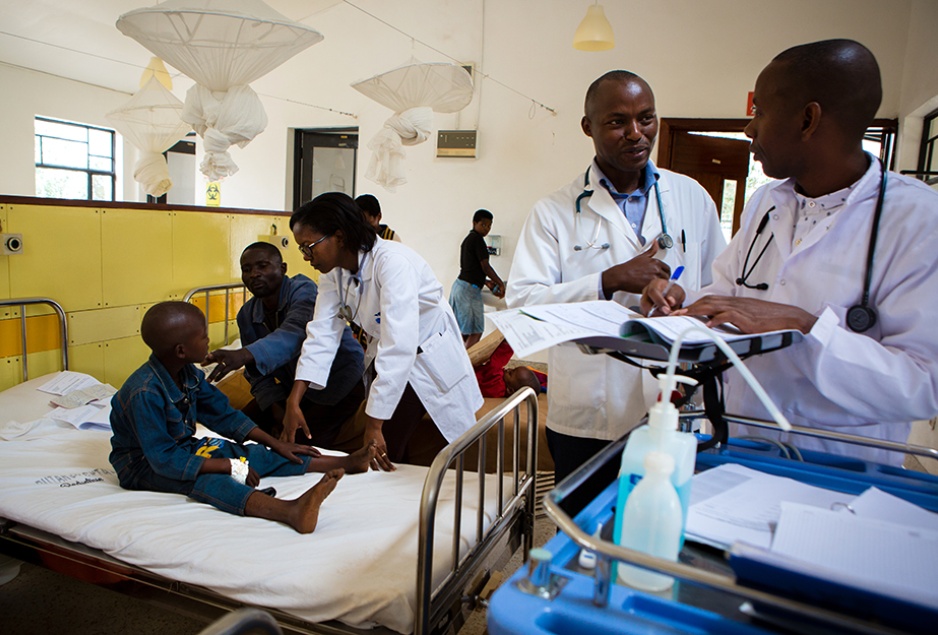 The 1994 genocide in Rwanda resulted in the deaths of up to 1 million people, over a 100-day period between April and July that year. Millions more were displaced as a result of the violence, which was rooted in decades of ethnic conflict.

The genocide also devastated the country’s government and societal infrastructure. In its wake, Rwanda became the world’s poorest country, with the world’s highest child mortality and lowest life expectancy at birth. More than 75 percent of children were not fully vaccinated. Many health workers had been killed or fled the country, and health facilities across Rwanda had been destroyed.

Recovery has been incremental—but also, remarkable.

Fueled by the government’s focus on health care for the poorest of the poor, leading to better health care for all, Rwanda’s life expectancy has doubled since 1995, while deaths from AIDS and tuberculosis have dropped steeply. In sum, Rwanda has become a model for how resource-poor countries can build health systems from almost nothing.

Partners In Health has been fortunate to play a part in that recovery and growth, both of which continue today.

Known locally as Inshuti Mu Buzima, PIH has worked in Rwanda since 2005, helping the government bring high-quality health care to three of the country’s poorest regions. PIH helps the Rwandan government provide services to more than 860,000 people, via three hospitals, 42 health centers, and some 6,400 community health workers, across Burera, Kayonza, and Kirehe districts.

The centerpiece of that work is Butaro District Hospital, in the northern district of Burera. Opened in 2011, the hilltop facility brings modern medical care and a broad range of services—from emergency treatment to outpatient checkups, and more—to a district that, previously, didn’t have a functioning hospital. Butaro also has become a center for medical education in East Africa, with top clinicians regularly leading training programs.

Cancer care is having incredible impacts, as well. The Butaro Cancer Center of Excellence opened in 2012 and now treats about 1,700 patients a year, young and old, on the hospital campus. Many people travel to Butaro from across Rwanda, or from surrounding countries where high-quality cancer care is scarce or nonexistent.

A cancer support center is under construction and will provide long-term housing for patients, family members and caregivers during extended treatment.

And just across the valley, construction of the University of Global Health Equity campus is nearing completion. Launched by PIH in 2015, the university awards master of science degrees in global health delivery. Students come from across Rwanda and abroad to work with Harvard Medical School faculty, Rwandan policy makers, and others, to take on health challenges, become leaders in the field and ensure that Rwanda’s recovery, growth and successes continue for generations to come. 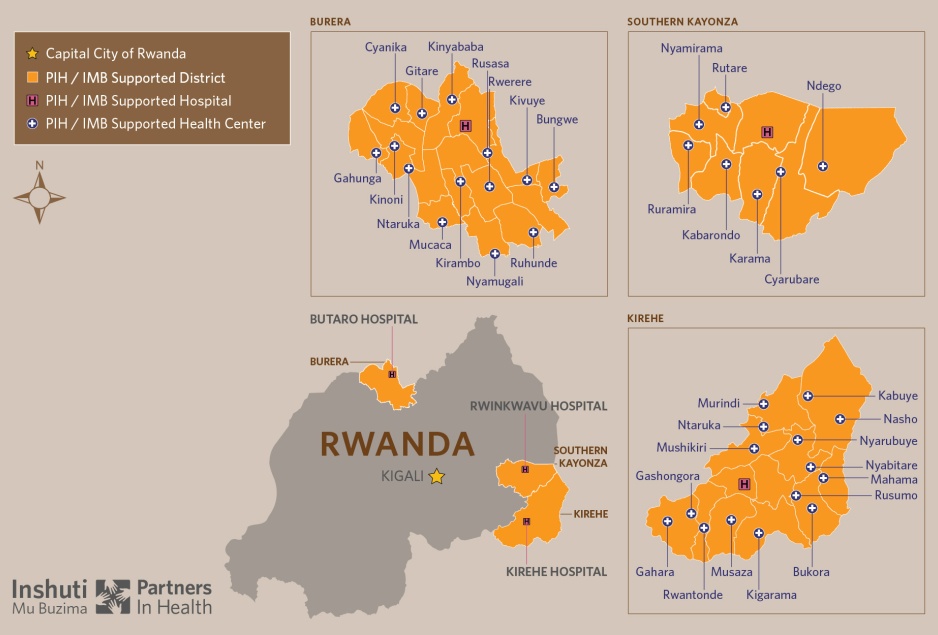