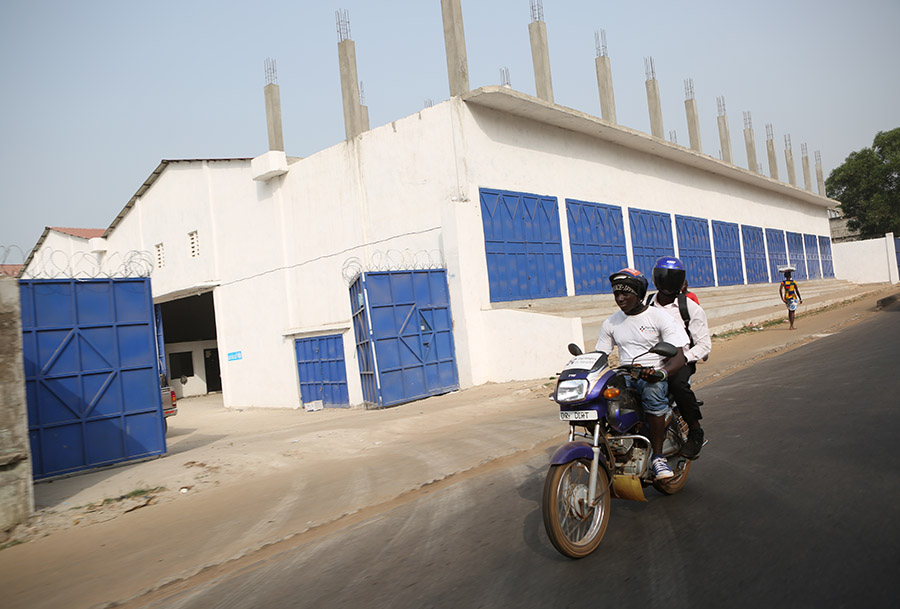 The largest Ebola epidemic began in West Africa in early 2014. After infecting a young boy in southern Guinea, Zaire ebolavirus spread into cities and across borders. So far it has killed more than 11,000 people, which is more than all previous Ebola outbreaks combined.

The virus is transmitted via bodily fluids, such as when an infected person’s sweat ends up in a healthy person’s eye. Symptoms include fever, diarrhea, and vomiting. Roughly half of infected people have died. Pregnant women, children, and the elderly seem to have the worst chances. Proper care involves maintaining a patient’s fluids—10 liters of which can be lost per day—and on doing everything possible to support the body’s natural defenses while Ebola runs its course.

Early detection is essential. In Nigeria, Senegal, and Mali, well-equipped health officials were able to quickly locate, diagnose, and treat patients in 2014, and the virus was quashed within days. In Sierra Leone and Liberia, that didn’t happen. Because each country is poor (per capita gross national incomes are around $500), has few doctors (fewer than 200 in each country), and has virtually no expertise in Ebola response, the virus spread out of control.

When it comes to West African public health systems, Ebola has proven to be a cruel—and perversely efficient—stress test.

With invitations from local partners and ministries of health, Partners In Health began working in Liberia and Sierra Leone in September 2014.

Our response can be divided into two chapters.

From roughly September 2014, when Chief Strategist Paul Farmer visited West Africa, until June 2015, when the sum of Ebola cases in both countries held steady at about a dozen, we focused on snuffing out the epidemic and building trust within communities. We trained and deployed roughly 200 expat doctors, nurses, and other professionals to provide care to patients. We hired approximately 2,000 locals, including Ebola survivors, as support staff, community health workers, and orphan caregivers. Tons of supplies were shipped to West Africa. At the height of our response in January 2015, we supported 21 facilities—from hospitals to small health centers—at the behest of the Ministries of Health.

In the second phase of our work, the organization has focused on strengthening health systems in the two countries, with the immediate goal of ensuring safe births, treating illnesses like malaria, and tackling other primary health care problems. PIH is seeing patients, refurbishing facilities, and reaching out to the community in three places in Sierra Leone (the capital city of Freetown and Kono and Port Loko districts) and two counties in Liberia (Maryland and Grand Gedeh). An immediate priority is screening all of the roughly 4,000 Ebola survivors in Sierra Leone for post-Ebola complications such as uveitis, an inflammation of the eye that can lead to blindness. As such, we have partnered with a handful of organizations to operate a clinic and mobile clinics, and employ community health workers to reach out to the community.