Director Honored for Years of Vital TB Work in Russia 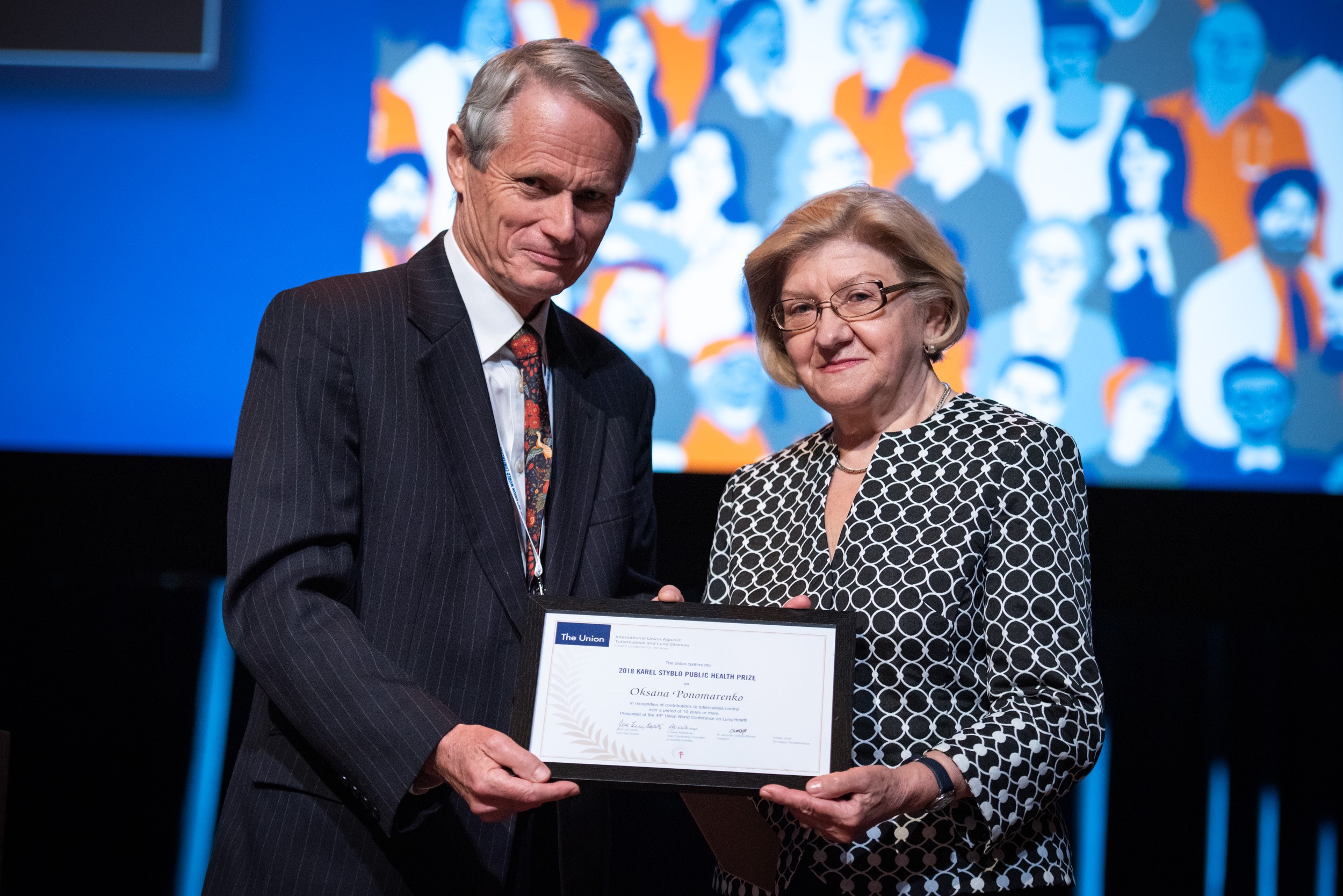 Oksana Ponomarenko, longtime country director for Partners In Health in Russia, was honored with a prestigious public health award during an international tuberculosis conference at The Hague in October.

Ponomarenko received the Karel Styblo Public Health Prize from the International Union Against Tuberculosis and Lung Disease, a Paris-based scientific organization known as The Union.

The award is named after Karel Styblo, a pioneering TB doctor,  and “acknowledges a health worker or a community organization for contributions to TB control over a period of 10 years or more,” according to The Union.

The organization added that Ponomarenko was chosen this year, at the 49th World Union Conference, for her “outstanding contribution to TB control on a local, national and global level, with a focus on hard-to-treat, drug-resistant TB among vulnerable patients through her role” with PIH in Russia.

Ponomarenko has been a TB researcher for decades and country director for PIH in Russia since 2001. She is the only person to have held that position, overseeing a staff of 17.

Known locally as Партнеры во имя здоровья, PIH has worked closely with Russia’s Ministry of Health and the Division of Global Health Equity at Brigham and Women’s Hospital in Boston, to combat multidrug-resistant TB (MDR-TB) in Tomsk Oblast, a Siberian state about the size of Poland.

In 2006, under Ponomarenko’s leadership, PIH-Russia launched the Sputnik Initiative, a model of patient-centered accompaniment that focused on providing daily care for patients who were at risk of stopping treatment, which can happen for any number of reasons. The program’s treatment success rate for MDR-TB patients was greater than 70 percent, which PIH leaders called an “incredible achievement” in nominating Ponomarenko for the award.

The Tomsk program overall, PIH added, “resulted in significant decline of TB incidence and mortality, punctuating Tomsk Oblast as a leader in TB control in Russia and neighboring countries, and prompting policy changes that increased access to care for the most vulnerable patients.”

Ponomarenko said she was honored to receive the award, which “recognizes PIH-Russia’s contribution to TB control in Russia and on a global level."

Above all, she added, the recognition means that programs delivered for the patients.

“This award is not only for me, but for all of us—the entire Partners In Health family,” Ponomarenko said.