Their efforts began just over one year ago, but have already made a world of difference.

In partnership with the government of Sierra Leone, PIH formally established mental health care programs through KGH and nearby PIH-supported Wellbody Clinic in February 2019. The mental health team—comprised of eight community health workers (CHWs) trained in mental health care, three psychosocial counselors, a program manager, and a psychiatrist—works to destigmatize mental health conditions within communities around Kono and provide essential therapy and medication to people living with conditions like depression, psychosis, and bipolar disorder.

Such services had never been as robustly available in Kono, an eastern district located hours away from Sierra Leone’s only dedicated mental health facility in the capital of Freetown. Beyond the biological roots of mental health conditions, which disregard history and geography, Kono’s population of 500,000 contend with ongoing trauma from Sierra Leone’s decade-long civil war, historic Ebola outbreak, and day-to-day reality of extreme poverty.

As the mental health team supports individuals and their families during regular home visits and connects patients with the district’s first and only psychiatrist, more people than ever before are accessing the care they need to live independent, healthy, productive lives. By December of last year, more than 750 patients were receiving mental health care at KGH—up from 115 patients in December 2018.

Alongside the longtime need for mental health services in Kono, personal experience drives the work of each PIH mental health care provider in Sierra Leone. Below, meet some of the team members, and learn about the inspiration behind their efforts to make mental health care a human right. 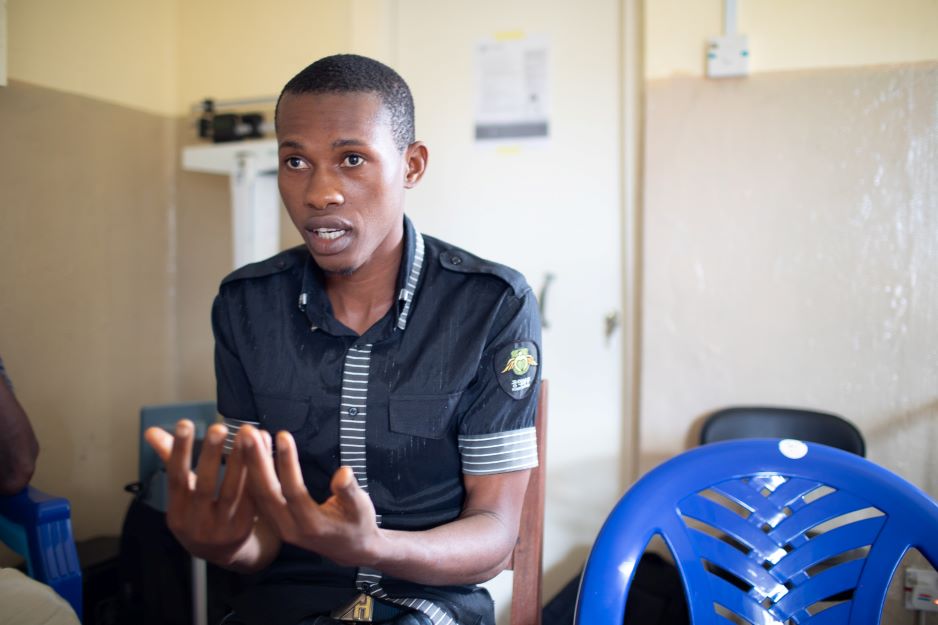 *John Kamara, mental health CHW at Wellbody Clinic: I was an Ebola patient. I managed to survive with help from people really caring for me, spending their time with me, talking to me, building my confidence. That kind of love, and the hope and courage they built in me—it’s the same thing I want to extend to my patients. I was run down like them. I want to give back to them the mental support that was given to me. 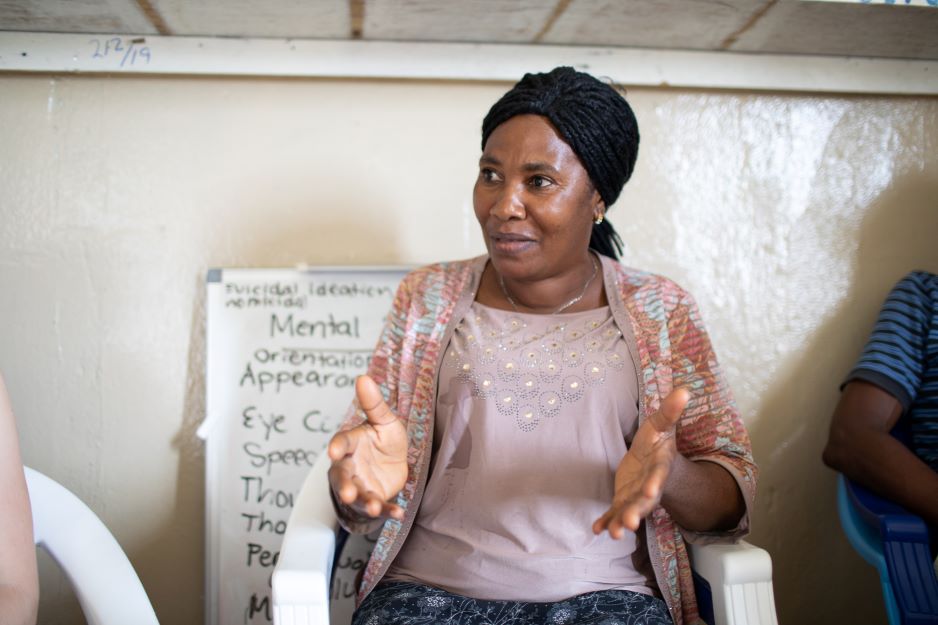 Kumba Judith Conteh, psychosocial counselor at KGH: I was once a refugee. When the [civil] war broke out, my family and I went to Guinea. Being a refugee, you also have mental illness, because you leave your home forcefully and go to another man’s country. But people were caring for me; there were NGOs that were going around to talk to us about how to adjust to our situation as refugees. When I came home to Sierra Leone, I found myself in the mental health program. I’m really happy about it. I’m passionate about giving care to other people, helping somebody who is in need. 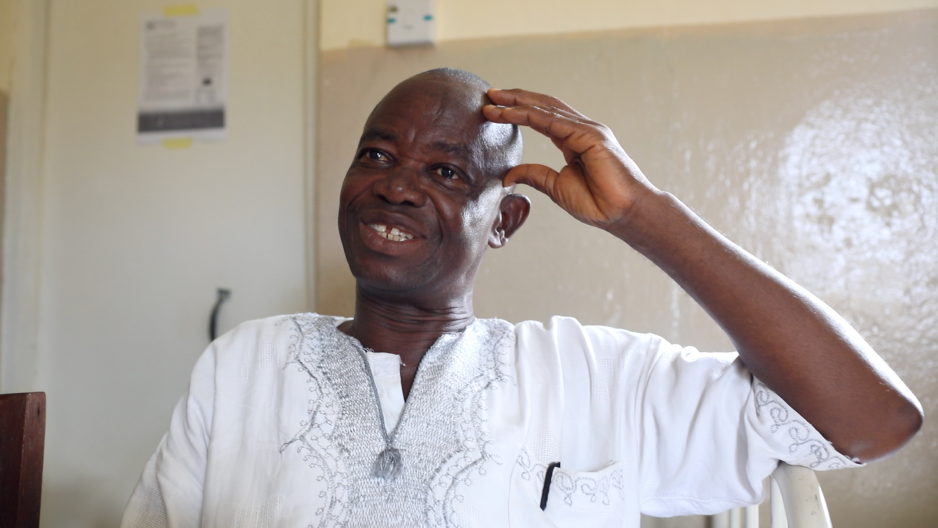 David T. Mafinda, psychosocial counselor at KGH: During the war, as a refugee in Guinea, the Center for Victims of Torture’s program trained and employed me as a psychosocial counselor. When I came back to Sierra Leone, my colleagues from Guinea and I started a local version of that program. We called it the Community Association for Psychosocial Services. During Ebola, I volunteered as a counselor at Koidu Government Hospital. And this year, PIH came and took me on board as a full-time, paid staff member. This is my field—I love giving help to my people. 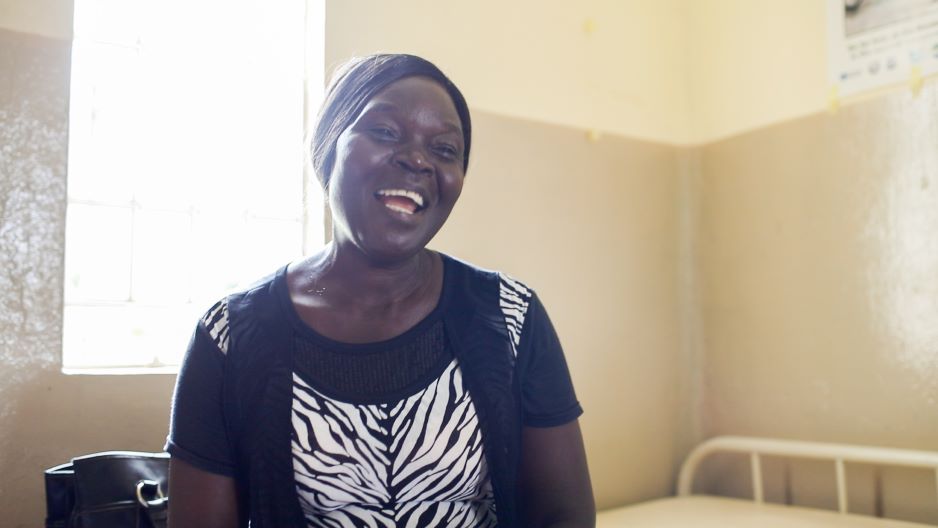 Mary Kargbo, psychosocial counselor at KGH: I was one of the refugees in Guinea. Because I didn’t have any relatives there, and because of what I saw during the war, I wanted to kill myself. But I worked with some angels who taught me how to take care of myself and others, and when I returned to Sierra Leone, I was trained by the Center for Victims of Torture as a psychosocial counselor. I was a volunteer at Koidu Government Hospital, and then PIH hired me. I see myself in my colleagues and patients. I empathize with them and know the pain they are going through or have gone through, and that compassion drives me to take care of them. I know the benefits that mental health support gave to me, so I love this work and our program. 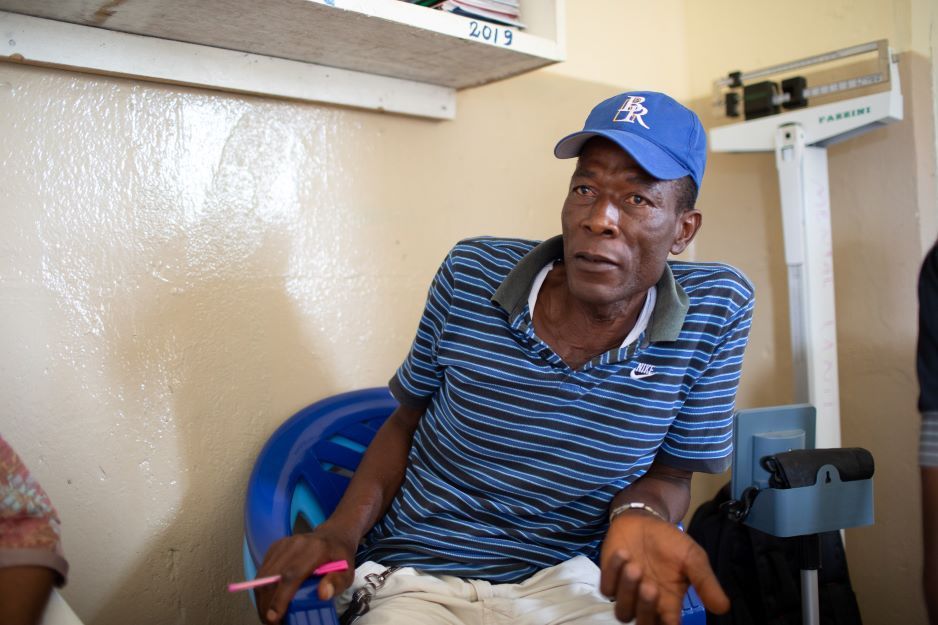 Lansana Kamara, mental health CHW at KGH: I feel relieved to work on [mental health care with] my fellow human being, who to me has lost his senses and cannot concentrate. I enjoy working with such an individual to regain his consciousness. I feel passionate that if I achieve that, I will be rewarded in the kingdom of God. 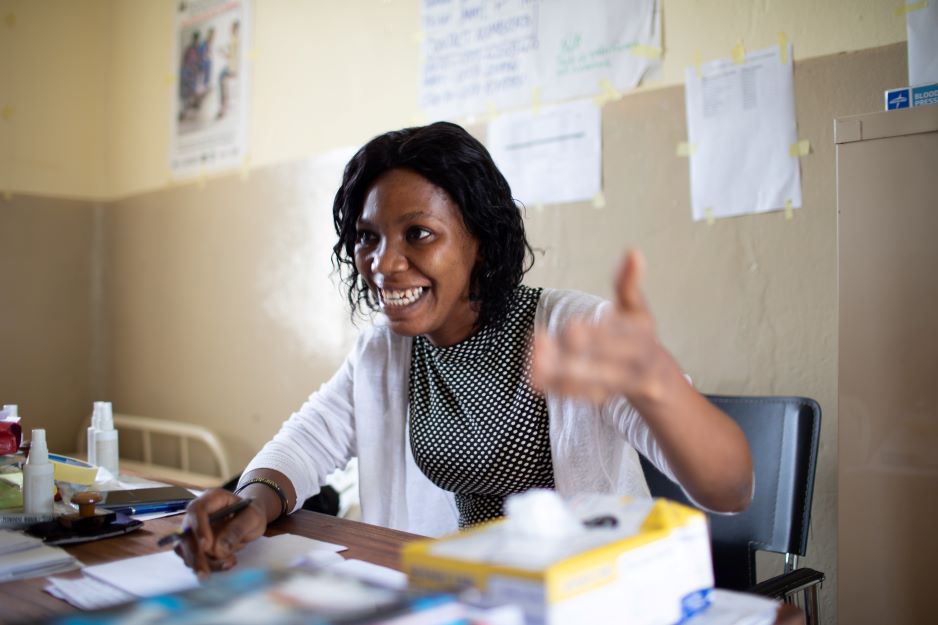 Cathy Conteh, community health officer at KGH: If we think about the horrors that have happened here—from the war in 1991 to the Ebola outbreak—and looking at our people, they have really been suffering. Now, with support from PIH, people have the knowledge that mental illness is a condition, just like malaria. It can be treated. Seeing people on treatment, who now fit into their community, they are really grateful.

*Comments were edited and condensed for clarity.