Dr. Paul Farmer stands alongside one of the first ambulances used to transfer patients to Clinique Bon Sauveur in Cange, Haiti, in the early 1990s.

In the days following Dr. Paul Farmer’s passing, hundreds of people posted pictures on social media of selfies with Paul. The Partners In Health co-founder and chief strategist had been their mentor, professor, colleague, friend, or doctor. Regardless of role, he had touched them personally and inspired them with his innovative and radical approach to seeking health equity around the world.

Given that outpouring of love, reflected through imagery, we wanted to share some of our fondest memories of Paul over the years, from when he first started traveling to Haiti in the early 1980s to his final days in Butaro, Rwanda. As many have said before, Paul was happiest at PIH sites when he was sitting at a patient’s bedside, rounding with medical residents, and sharing his worldview with others—be they supporters, undergraduates, or global leaders.

Below, accompany Paul through the years, as he did so many of us.

Father Fritz Lafontant (left) and his wife, Yolande (right), were among Paul’s first partners in Cange, Haiti, where the Episcopal priest and his family lived and advocated for quality health and education for the poor and marginalized. Lafontant became a founding member of Partners In Health and founding director of Zanmi Lasante, PIH’s sister organization in Haiti. 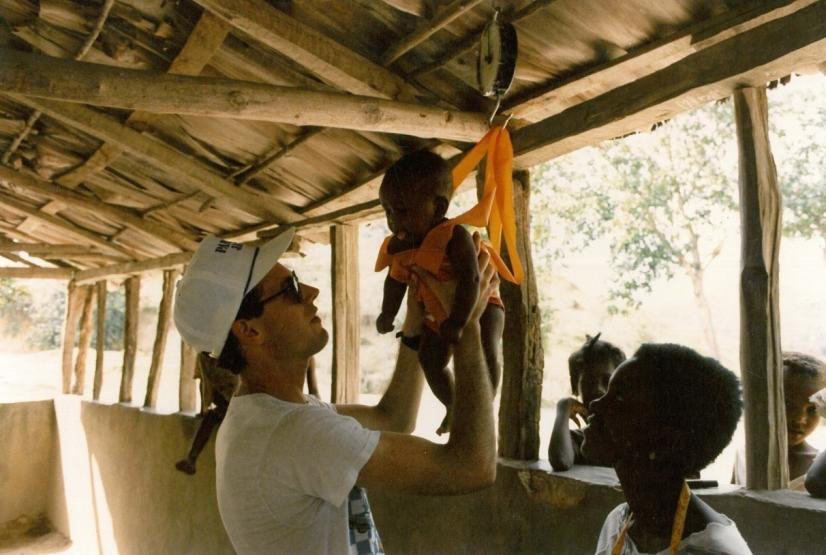 Paul weighs “Baby” Ferle Jean Sauvener, who is the son of one of his first patients in Cange. Sauvener’s mother had been diagnosed with cerebral malaria during her pregnancy, and Paul was among the team of doctors who helped her access care, recover, and deliver her son.

Sauvener went on to become a doctor and completed his medical residency at PIH-supported Hôpital Universitaire de Mirebalais. 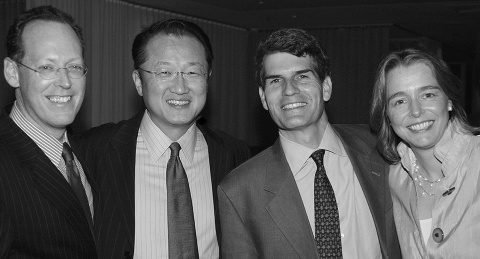 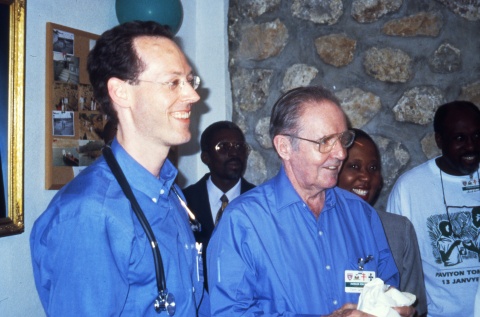 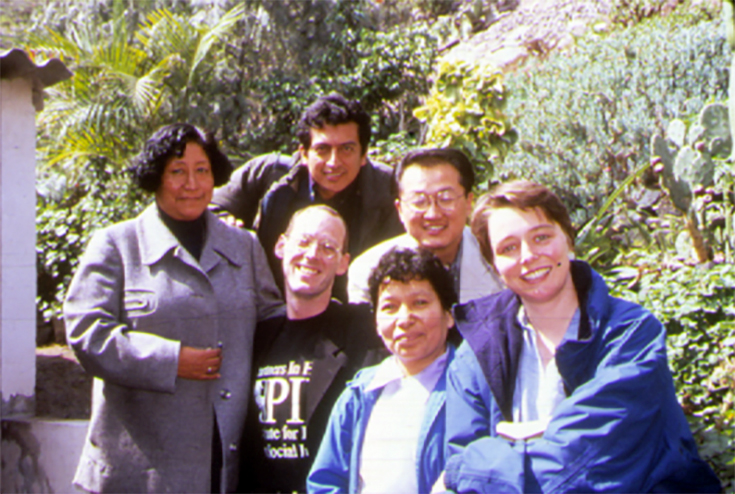 In 1994, PIH expanded to Peru to begin supporting the government in battling an unchecked epidemic of multidrug-resistant tuberculosis in Carabayllo, an impoverished neighborhood along the northern hillsides of Lima. Here, Paul poses with Kim, Dahl, and Dr. Jaime Bayona [center, top], the first executive director of Socios En Salud, as PIH is known in Peru. 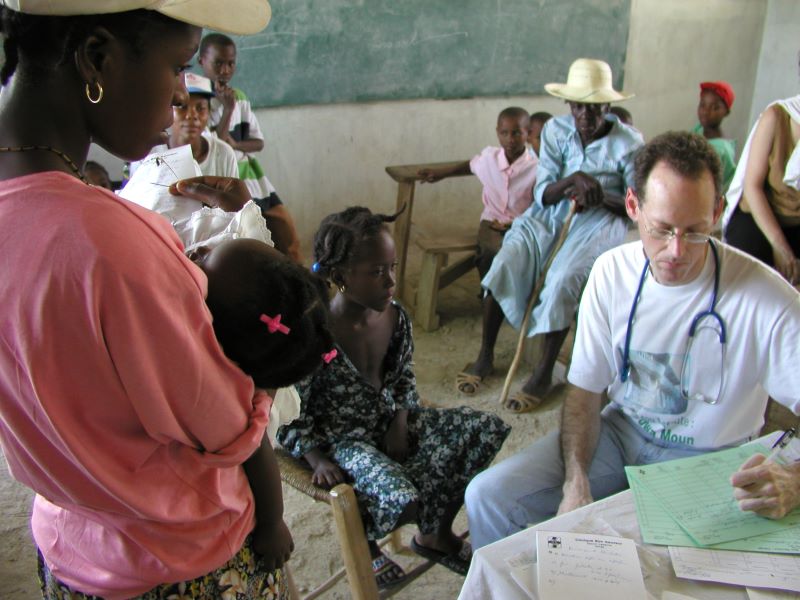 Clinics are few and far between in rural Haiti. In this satellite clinic, which Zanmi Lasante set up temporarily in a community’s schoolroom, Paul examines patients and prescribes medication for a wide range of medical concerns. 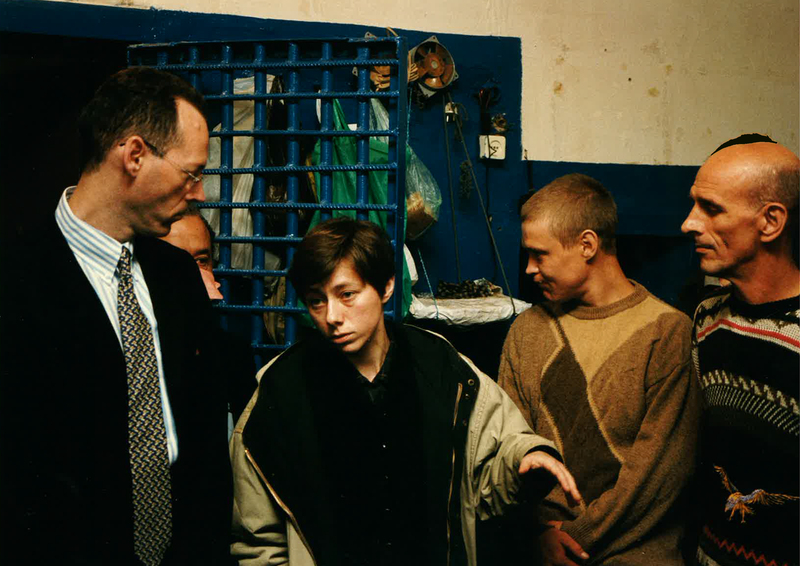 In 1998, PIH expanded to Russia and began supporting the government in fighting tuberculosis (TB) and multidrug-resistant TB epidemics, first in prisons and then throughout the community of Tomsk. Here, Paul visits a pre-detention center in his role as chief TB advisor of the Moscow Mission for the World Bank. 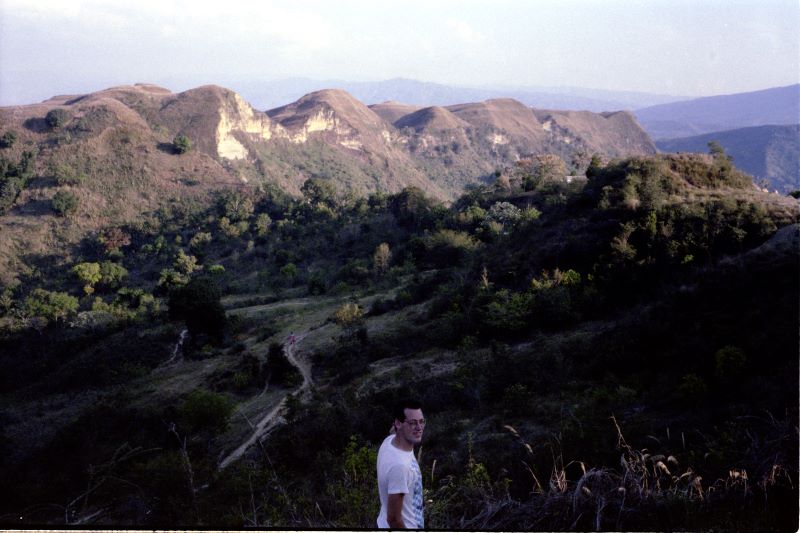 Paul was an avid collector of proverbs in Haitian Creole. Among his favorites was the phrase, “Dèyè mòn gen mòn,” or “Beyond mountains there are mountains.”

The phrase is quoted at the beginning of Tracy Kidder’s Mountains Beyond Mountains, which published in 2003 and traced the lives of PIH co-founders and our work in Haiti, Peru, and Russia. The New York Times bestseller has introduced thousands of people to PIH and Paul, a “man who would cure the world.”

Paul traveled extensively to PIH-supported countries, but also to places where colleagues and fellow clinicians requested his medical expertise in infectious disease. Here, he conducts rounds with a medical team in Achham, Nepal, and consults on the case of a 5-year-old boy, who is accompanied by his mother.

Following the 2010 earthquake in Haiti, Paul urged fellow PIH leaders to expand existing plans to build a hospital in Mirebalais in the country’s Central Plateau, a one-hour drive north of the capital Port-au-Prince, so that it could serve more patients and become a teaching hospital for the next generation of Haitian clinicians.

In March 2013, Hôpital Universitaire de Mirebalais opened its doors. Here, Paul consults on the case of 12-year-old MyKennsuze Fontilus, who is being treated for jaundice and shares family photos with the PIH co-founder in 2016.

Wherever he went, Paul wanted to go on rounds at PIH-supported hospitals. Often, clinicians asked him to consult on the most difficult cases, the medical mysteries they had yet to solve.

Here, Paul consults with the pediatric staff at Hôpital Universitaire de Mirebalais in Haiti on the case of a 10-year-old boy who, he believes, was suffering from HIV and tuberculosis and needed a revised treatment plan.

Ebola survivors confronted immense stigma when they returned to their communities from treatment units across West Africa, often finding their homes burned to the ground and neighbors hesitant to interact with them.

When he traveled to Sierra Leone during and after the Ebola epidemic, Paul intentionally visited Ebola survivors, like Yabom Koroma (center left) and her family in the Mountain Court section of the capital Freetown, often bringing them gifts or inviting them to share a meal.

During the Ebola epidemic, many patients suffering from other infectious diseases, such as multidrug-resistant tuberculosis (MDR-TB), could not properly access care and follow their daily drug regimens. PIH Liberia clinicians worked to close that gap by actively searching for patients in their communities and welcoming them back to care.

Paul talked often about the importance of health system strengthening, or ensuring that hospitals and clinics had what he called “the 5 S’s”—the right staff, stuff, space, systems, and social support to deliver quality care to patients.

While visiting Koidu Government Hospital in Kono, Sierra Leone, Paul consulted on two patients’ cases, moving from their bedsides to the hospital’s laboratory and X-ray facility, then back again to help attending physicians determine an accurate diagnosis for each patient in his care.

Paul—accustomed to podiums from the halls of Congress, to Harvard Medical School, to the United Nations—addressed those in attendance at the Massachusetts State House and reassured residents that the CTC’s approach would be one guided by what he called “expert mercy,” or the unique combination of medical science, love, and compassion.

Sierra Leone has one of the highest maternal mortality rates in the world; a woman’s lifetime risk of dying in pregnancy or childbirth is 1 in 20. Knowing this, PIH Sierra Leone has steadily worked to improve maternal and child health care and, last year, broke ground on the Maternal Center of Excellence in Kono District, which will serve as a hub of quality care, research, and training for generations of future clinicians.

An avid gardener unafraid of getting his hands dirty, Paul dug into the cement and applied it generously to the center’s first layer of bricks, alongside Dr. Austin Demby, Sierra Leone’s minister of health.

Paul and Dr. Patrick Ulysse (center right), PIH’s chief operating officer, were among a delegation of staff from Zanmi Lasante and PIH who traveled to Haiti’s southern peninsula in the wake of the August 2021 earthquake. Here, they visit Hôpital Immaculée Conception in Les Cayes, Haiti, near the quake’s epicenter to assist with disaster response.

Several clinicians delivering care in the South had graduated from the medical residency programs at PIH-supported Hôpital Universitaire de Mirebalais, designed and expanded in response to the 2010 earthquake in Port-au-Prince.

Writing proudly to PIH staff, Paul noted the difference between the 2010 earthquake and the one that shook the South last summer: “I’m confident Zanmi Lasante will be able to muster both hospital beds and outreach teams, and already has a cracker-jack trauma team. We didn’t have that latter capacity in 2010, but do now.”

Paul had a unique capacity to be present, or accompany, everyone he met.

Paul was a hugger, and people gravitated toward him naturally.

Here, Paul embraces Zanmi Lasante clinicians, many of them longstanding friends, following a lecture he gave on the 2010 earthquake at Hôpital Universitaire de Mirebalais in Haiti.

The University of Global Health Equity [UGHE] in Butaro, Rwanda, a PIH university founded in 2015 that offers a graduate degree in global health delivery and, starting in 2019, dual degrees in medicine and surgery, was a source of great pride and joy for Paul.

UGHE’s first cohort of medical students celebrated its white coat ceremony on December 8, 2021, which Paul attended, taking his place here in the center of the group.

Those who were with him said he clocked 14-hour-days doing two things he loved most: providing care to patients, and going on rounds with medical students and clinicians eager to absorb the knowledge he readily shared.

He was happy. He was at peace. And he will live on in these memories, and in those of the thousands of people he inspired around the world.