A tree will be planted in memory of Mitchell Adams at University Hospital in Mirebalais, Haiti. Photo by Todd McCormack / PIH

PIH honors the life and legacy of Mitchell Adams—trustee, advocate, and friend—who passed away on July 18, 2020.

A PIHer for more than a decade, Mitchell forged his PIH legacy through gifts, advocacy, and community building, first as a donor in 2008 and then through his ongoing commitment as a trustee from 2014-2020. His generosity supported our work in Haiti, Rwanda, and globally, helping to improve health outcomes in some of the world’s most vulnerable communities. A tree will be planted in his memory at University Hospital in Mirebalais, Haiti, next to a tree planted in honor of his husband, Kevin.

Mitchell’s years-long support for PIH reflects his lifelong advocacy for health care as a human right and solidarity with marginalized groups at home and abroad. He spent his life fighting for a more just and equitable world, notably standing with the LGBTQ+ community and people recovering from alcoholism.

Through the years, Mitchell supported PIH because he felt that it put his gifts into action in sustainable, impactful ways. After making a legacy gift in 2017, he shared: “Partners In Health basically helps more people for the given amount of resources you can imagine. In other words, it has a model that is extremely efficient. In supporting PIH, I can do more good for more people than in any other way I can imagine.” 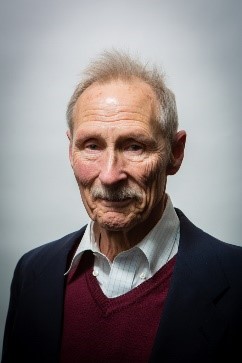 He was deeply moved by PIH Co-founder Tom White, who inspired him to establish a legacy with PIH. Years ago, Mitchell shared in an email: “I'm personally honored to be associated with Tom White. Do you know his story? He's the fellow who got the whole thing started (in terms of financial support). Over two decades he gave PIH his entire fortune - and his attitude was that PIH was doing him a favor! I believe in angels, and Tom White was surely one of them.”

Mitchell’s support for PIH extended beyond financial generosity. He was committed to building community and sharing our work with his networks, often hosting fundraisers and events. Additionally, he led trips to our care delivery sites in Haiti and Rwanda, where he visited programs and patients at PIH-supported hospitals and clinics and met with several staff members. At the time, he described meeting with 35 members of an HIV cooperative in Rwinkwavu, Rwanda, as a particularly moving experience.

As his obituary notes, Mitchell died in Boston. He was 75 years old.

Before his passing, he requested that donations in his memory be made to PIH.

PIH remembers Mitchell for his lifelong commitment to standing in solidarity with marginalized groups and proving that injustice has a cure. As we celebrate his legacy—marked by generosity of spirit and commitment to helping the most vulnerable—we draw inspiration from one of his favorite sayings: “Where there is life, there is hope.”