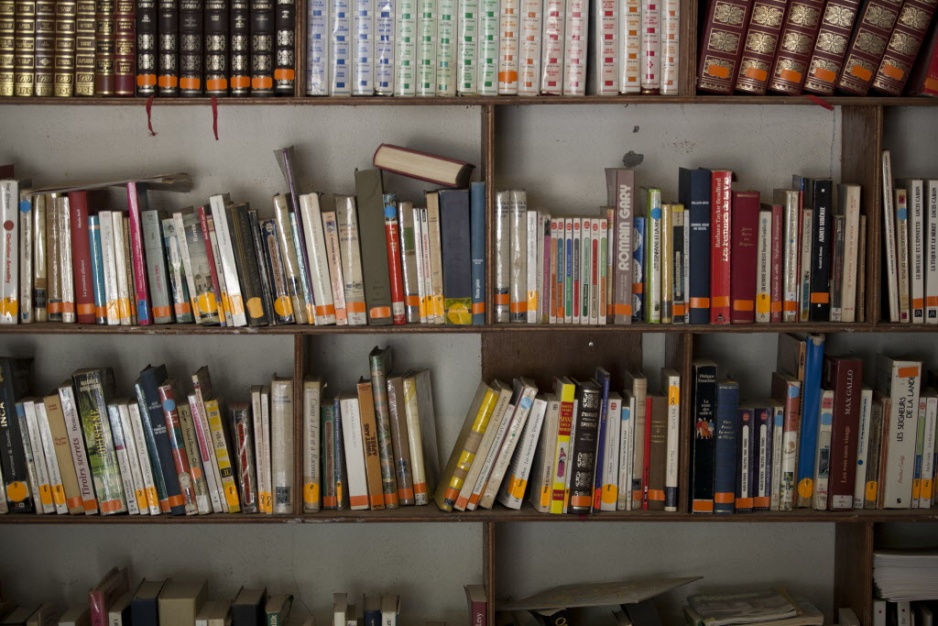 Photo by Martha Adams / Partners In Health
Books line the wall of a PIH facility in Cange, Haiti.

Many people discovered Partners In Health after reading "Mountains Beyond Mountains," Tracy Kidder's 2003 book that followed the trajectory of PIH's early days and chronicled the lives of the nonprofit's co-founders, Dr. Paul Farmer, Ophelia Dahl, and Dr. Jim Kim.

With inspiring reads in mind, we asked a selection of staff if they could recommend other social justice-minded books, either fact-based or fiction. Here's a short list of what they had to say:

“Nickel and Dimed: On (Not) Getting By in America”

I read this book when I was just out of college. The author effectively goes “undercover” in various jobs in America—as a Merry Maid cleaner, Walmart employee, etc.—disrobing herself of any social capital or safety nets that she had come to take for granted.

She applied and survived without academic credentials, insurance, a savings account of any amount, or even a car. As a product of a white, scrappy middle-class family who ensured education for my siblings and myself, I had been raised thinking people who worked hard would excel, and those who didn’t lacked personal character. This book shattered that perspective, and informed how I would pursue my career.

Professionally, I worked to ensure context-sensitive admissions to universities and thoughtful financial aid packages before turning to my current work at PIH. For both, I attempted to understand how institutionalized barriers prevented hard work alone from equating to similar outcomes for all—a strand that runs throughout Ehrenreich’s book. The book lingers with me still, 15 years later, as I explain to my young children that, for example, some people with multiple houses did not work hard for them, while other people who work incredibly hard—much harder than some wealthy people would ever need to—can barely make rent.

It’s a phenomenal book, looking at the years leading up to WWII, through the lens of Franklin and Eleanor’s relationship. Of note for global health enthusiasts, there are some great behind-the-scenes details around the founding of the United Nations. It’s a dense read, but endlessly fascinating and enlightening.

“White Fragility: Why It’s So Hard for White People to Talk About Racism”

This book provides white folks with the skills to better accompany people of color in the fight for social justice, truly reflecting PIH’s fundamental value of accompaniment.

The timing of this book could not be more important for white people in the U.S. As white Americans continue to struggle with how to engage one another and folks of color in difficult discussions about race, racism, and systematic oppression, DiAngelo provides a framework for white people to begin these conversations from an honest, open, and empathetic place.

The author delivers a thought-provoking history about the construction of race in America and how that system functions to provide power and privilege for those born with white skin. Moving past the narrative of racism being confined to individual acts of hate and discrimination, DiAngelo allows the reader to understand how whiteness affords white people with untold and unseen benefits in American society. DiAngelo challenges fellow white folks to engage in the difficult work of dialogue, action, and accountability to deconstruct whiteness in America. She identifies the barriers that she and other white people use to shut down conversations about race, racism, and unearned privilege, while providing tools for creating authentic dialogue about these critical issues.

“Last Night I Dreamed Of Peace”

“Last Night I Dreamed of Peace” is the wartime journal of a young Vietnamese doctor named Dang Thùy Tram. Her journal and life were taken by an American, but after decades, her writing returned to her family, and was recently made available for translation.

Barely out of medical school, Dr. Thùy volunteered to set up a semi-mobile field hospital for National Liberation Front guerillas in the middle of the most intense fighting of the American war. Facing impossibility, this young doctor wrote of resilient hope. Her words are raw and clear as she describes saving some lives, failing to save others, and her intense battles with the love and hatred in her own soul. Dr. Dang Thùy Tram’s sentences astonish and inspire me every time I read them.

As a writer, I find “Cutting for Stone” inspiring because of the seamless way the author weaves together the story of identical twin brothers—born, interestingly, to an Indian nun and a British surgeon—with the weighty topics of civil war, racism, and inequity in health care.

The story is largely told through the eyes of Marion, who grows up with his identical twin, Shiva, on the campus of Missing Hospital in Addis Ababa, Ethiopia. The boys, who are raised by adoptive doctors, wish to become physicians themselves, but their paths diverge sharply in adolescence. The rift is spurred by a single rash act that has lifelong repercussions for both twins, and brings to mind that old adage of how a butterfly flapping its wings in China causes ripples of changes on the other side of the world.

A physician and writer himself, Verghese masterfully unravels his story, which at the core is about family, love, and the pain and joy wrapped into a single act of sacrifice. I would recommend this book to anyone looking for a good read, but especially to those social justice warriors frustrated by the way the world’s resources—food, housing, security, health care—are unfairly split between the haves and have-nots.

Early on in the book, I came across the following passage and wondered if, secretly, Verghese was a Partners In Health supporter. Or at the very least, I thought, he must have drunk the PIH punch before penning this novel. It’s something Matron, the nun who runs Missing Hospital, says to Mr. Harris, whom she hopes will provide a significant donation to support her ailing facility:

“We aren’t even fighting disease. It’s poverty. Money for food, medicines…that helps. When we cannot cure or save a life, our patients can at least feel cared for. It should be a basic human right.”

If you haven’t read Yaa Gyasi’s 2016 novel, "Homegoing," do yourself a favor and request a copy from your local library or bookstore immediately. While tragic, the novel unravels the tales of two sisters and weaves together the stories of each generation of their separated families, all tracing back to their ancestor, an Asante woman.

Starting in Ghana during the slave trade, the complex story features richly developed characters who span 250 years of history, and examines the implications of colonization and slavery. Each chapter acquaints the reader with a different descendant. Gyasi's tale is at once devastating and beautiful, and explores the ripple effects of violence and trauma, as well as family and love. It’s impossible to put down and will have you thinking about it for months.