We Stay: A 30-Year Commitment in Haiti 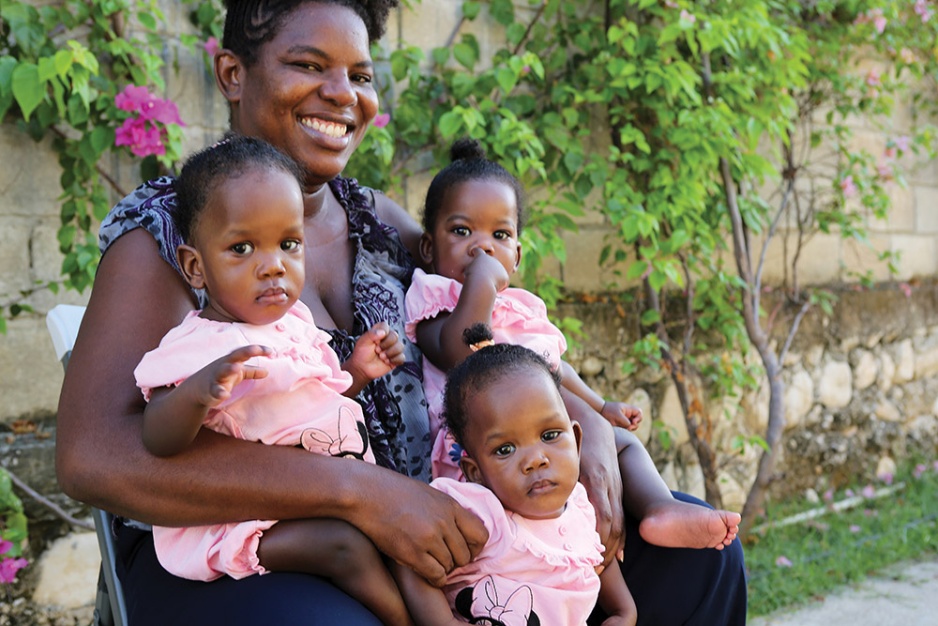 There are times when Manoucheca Ketan collapses at the end of a long day, her muscles tired from the strain of running after her triplet daughters. Just over 1 year old, Marian, Michelle, and Tamar are starting to walk and can be a handful for the 35-year-old mother. But she wouldn’t have it any other way.

Ketan came to University Hospital in Mirebalais, Haiti, a 300-bed facility PIH opened in 2013, about halfway through her pregnancy. She knew she was carrying triplets and that two of them were likely conjoined. Dr. Christophe Milien, the hospital’s director of obstetrics and gynecology, confirmed that two of the girls shared a liver.

It was a weighty case for the young hospital, but staff stood up to the challenge. After months of bed rest and specialized care, Ketan delivered the triplets four weeks early by cesarean section in November 2014. None required ventilation, and all were at least 5 pounds. Nearly six months later, the twins were separated during a seven-hour procedure conducted by a national and international team of experts.

The girls’ birth and the conjoined twins’ separation were welcome and unprecedented successes in a country like Haiti, where even basic medical care is a luxury. PIH has proven it doesn’t have to be that way. We’ve been in Haiti for nearly 30 years, after sprouting from a small rural clinic in Cange and spreading to 12 communities across the Central Plateau and Lower Artibonite—two of the country’s poorest regions.

University Hospital is the latest example of that long-term commitment. The facility is home to a host of specialty services, from surgery and pediatrics to physical therapy and obstetrics and gynecology. All were necessary to provide quality care for the triplets.

Our work in Haiti isn’t done. We’re busy recruiting and training the next generation of specialists, doctors, and nurses who will no doubt perform their own medical miracles. We’ve taken our approach in Haiti and adapted it in other countries around the world—from Peru to Russia, Rwanda to the Navajo Nation—where we work with local governments to make lasting improvements to health care systems.

Ketan is part of PIH’s mission; she recently started teaching mothers how to care for their newborns. She’s an expert, after all—three times over.