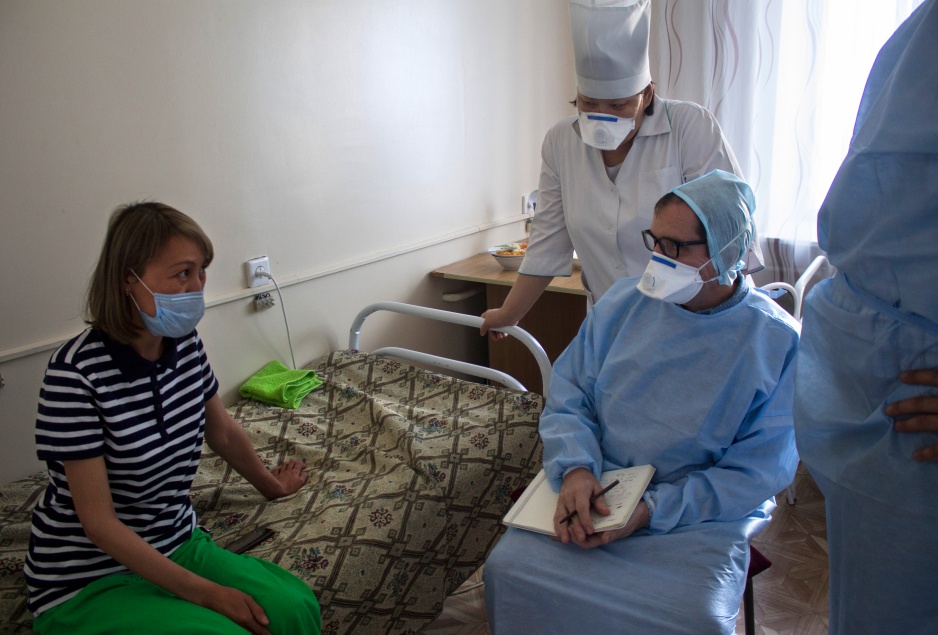 An XDR-TB patient talks to Dr. Zhenisgul Daugarina and Michael Rich during a visit to the city TB dispensary in what was previously Astana, Kazakhstan, in June 2016. The patient had not responded to standardized treatment for three years.
Yerkebulan Algozhin / PIH

Kazakhstan, a former Soviet republic in Central Asia, is the largest landlocked country on the globe and lies in the heart of a region where severe, multidrug-resistant tuberculosis (MDR-TB) is rampant. MDR-TB is a particularly cruel and hard-to-treat version of TB, the world’s deadliest infectious disease.

The fall of the Soviet Union in the early ‘90s undermined state-funded health care systems across the region, drained stocks of medicines, and left countless patients with poor care, creating conditions that exacerbated MDR-TB’s devastating scourge.

Prison conditions also have fueled the regional epidemic. Many inmates face extremely crowded conditions that are highly conducive to TB transmission, and can lead to prisoners spreading the disease in their home communities after release.

Those factors and others have afflicted Kazakhstan with one of the largest MDR-TB burdens in the world. More than 6,000 people in the country are diagnosed with MDR-TB every year, and more than a quarter of new TB patients see their disease worsen into the MDR strain.

Partners In Health and collaborators, though, are making huge strides in their fight against the disease, through increasing use of the first new TB drugs in decades, an innovative clinical trial, and digital technologies—such as video-observed therapy—that better connect patients to caregivers across Kazakhstan’s broad geography.

PIH has worked in the country since 2009, when Kazakhstan’s Ministry of Health—citing PIH’s track record of combatting MDR-TB in neighboring Siberia—invited PIH to support care for patients with MDR-TB, or the even more severe XDR-TB (extensively drug-resistant), in prison and civilian sectors of six pilot sites.

Expansion of those efforts now has PIH fighting TB in about 65 percent of the country, or across 10 of Kazakhstan’s 14 oblasts, administrative regions similar to U.S. states.

A small, dedicated team is taking on that monumental task. PIH-Kazakhstan is based in Almaty, the country’s largest city. The team is working with Kazakhstan’s government and international aid groups to bolster TB services on multiple fronts, through two main channels: the multi-country endTB partnership, and Kazakhstan’s National TB Program.

Expand New Drugs for TB, known as endTB, began in 2015 to foster innovation in places where MDR-TB is deadliest. The $81.4-million project is a partnership between PIH; Médecins sans Frontières; Interactive Research & Development, a global health delivery group; and financial partner Unitaid, a World Health Organization (WHO) partnership that invests in the international fight against TB, HIV, and malaria.

Nearly 700 MDR-TB patients have been enrolled in an endTB observational study in Kazakhstan, which is rapidly becoming a world leader in innovating, pioneering treatments for MDR- and XDR-TB .

That means for the international global health community, Kazakhstan ultimately could become a model not only for treatment of drug-resistant TB, but also the illnesses that so often accompany it—HIV, mental illness, substance abuse and more—placing PIH at the forefront of work that could shape global policy and treatment practices for decades to come. 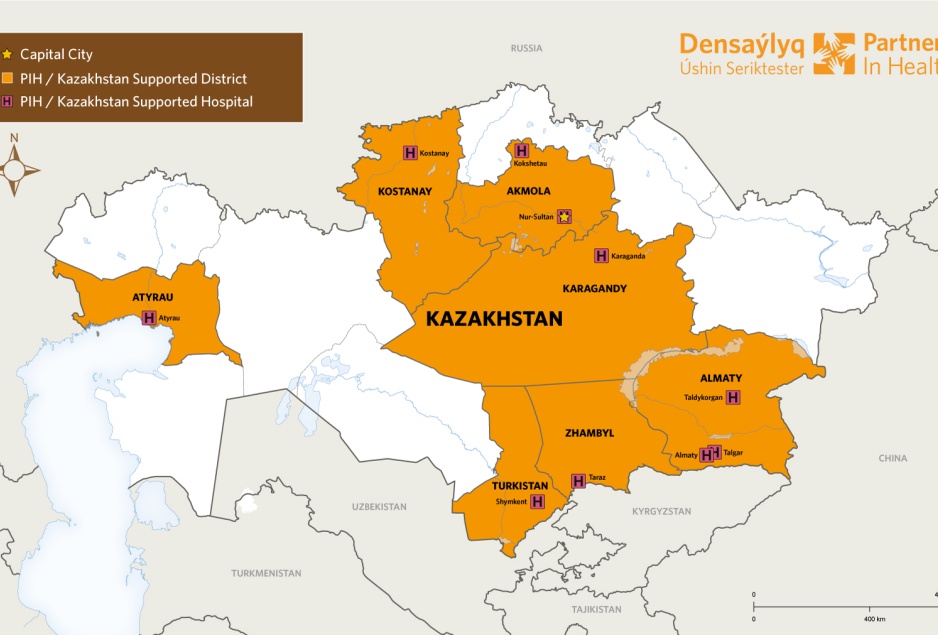