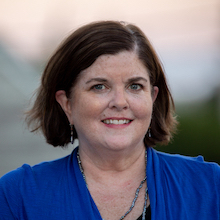 Dr. Sheila Davis is the chief executive officer at Partners In Health (PIH). Previously, she served as chief of clinical operations and as chief nursing officer, where she oversaw nursing efforts as well as supply chain, medical informatics, laboratory, infrastructure, and quality improvement activities. Starting in 2014, she served as the chief of Ebola response as she led PIH’s work during the West Africa epidemic.  She has been a nursing leader in the field of HIV/AIDS and served on the national board of the Association of Nurses AIDS Care (ANAC).  She entered the global health arena in 1999 by responding to the global HIV pandemic, working in a number of countries. She was the co-founder of a small NGO that worked on health projects, including a rural village nurse clinic, in South Africa and Boston from 2004 to 2010. Dr. Davis is a frequent national speaker on global health and clinical topics, including: HIV/AIDS, the Ebola epidemic, leadership in public health, and the role of nursing in human rights.

Dr. Davis received her BSN degree from Northeastern University in 1988, her Master’s in Nursing degree as an Adult Nurse Practitioner in 1997, and her Doctorate in Nursing Practice with a concentration in global health in 2008. Both of her graduate degrees are from the MGH Institute of Health Professions.  Dr. Davis was a faculty member at the School of Nursing at the MGH Institute of Health Professions for 4 years and an Adult Nurse Practitioner at the MGH Infectious Diseases outpatient practice for over 15 years. Currently she is adjunct faculty at the UCSF School of Nursing. She was inducted as a Fellow in the American Academy of Nursing in 2008. In 2009 she was inducted as a member of the inaugural class of 12 Carl Wilken’s Fellows working on anti-genocide global efforts as part of the Genocide Intervention Network. Most recently, she completed a Robert Wood Johnson Executive Nurse Fellowship as part of the 2012-2015 cohort.