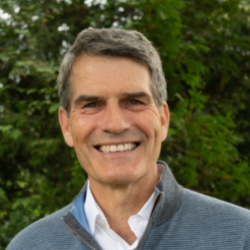 Todd McCormack is a co-founder of Partners In Health and has supported his friend, Paul Farmer, since they first met at Duke University in 1978. He serves on both the Board of Trustees and Board of Directors, focusing the majority of his time stewarding and collaborating with fellow Trustees to bring new resources to support PIH’s mission.  McCormack also chairs PIH’s Governance and Nominating Committee.

McCormack is a Senior Corporate Vice President at IMG—the world’s premier sports and entertainment marketing and media company, founded by his father, Mark McCormack in 1960.  McCormack led IMG’s initial foray into Digital Media in 1995, serving as the Chief Executive Officer of TWI Interactive, an independently financed company that exclusively managed IMG’s new media rights from 1999 through 2003.  Although the McCormack family sold its controlling interest in IMG in 2004, McCormack continues to advise the company with respect to its digital media businesses on a part-time basis.  In addition, he is working to document key historical milestones in the sports marketing industry that IMG pioneered.

McCormack also independently works with a variety of digital media businesses as both an angel investor and advisor.