Dr. Paul Farmer Calls for Action on Tuberculosis in STAT and on NPR 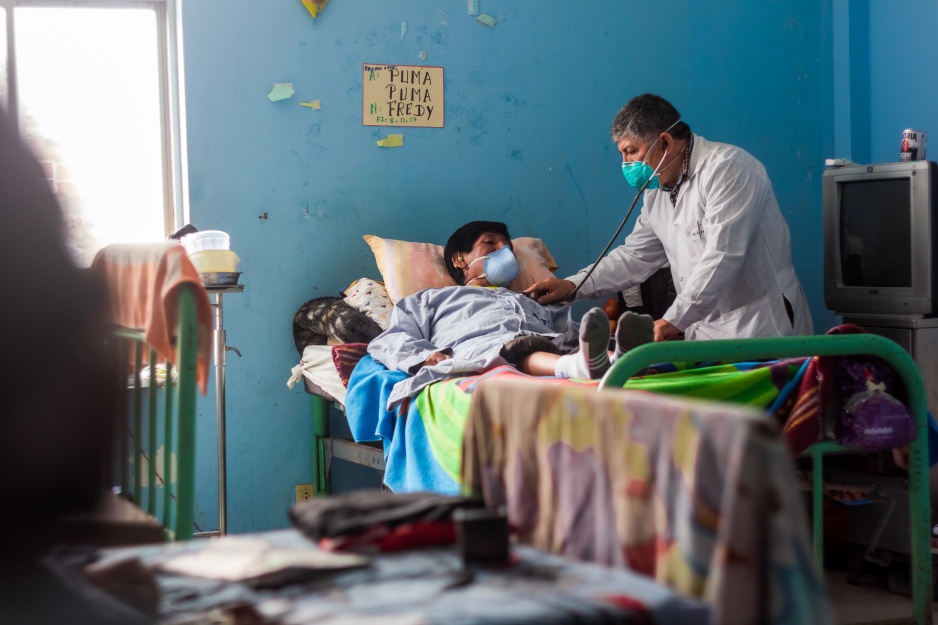 Photo by William Castro Rodríguez / Partners In Health
Dr. Epifanio Sánchez (right), who collaborates with the PIH team in Peru, tends to an extensively drug-resistant tuberculosis patient hospitalized on the outskirts of Lima.

Last Wednesday, the United Nations held a high-level meeting on tuberculosis. Presidents, prime ministers, and other international leaders were invited to publicly commit to ending the world’s deadliest infectious disease, one that kills 1.6 million people each year.

Was the meeting, which was the first of its kind, a cause for hope? Or was it an exasperation, a symbol of just how little has been accomplished in the decades since a cure for tuberculosis was discovered?

In an opinion piece in The Boston Globe’s health and science publication STAT, PIH Co-founder Dr. Paul Farmer and Lelio Marmora, the executive director of global health funder Unitaid, suggest the answer is “both.”

“History has shown just how indifferent the world can be to diseases that affect primarily low- and middle-income countries,” they write. “It’s also shown what a difference we can make when indifference is replaced by concern.”

Dr. Farmer echoed that sentiment in an interview on NPR’s Morning Edition.

“I have been a skeptic about the relevance of yet another meeting about a problem that really hasn't been addressed ever," he said. Then he tempered his skepticism by remembering that a similar meeting years ago led to massive investment in the fight against AIDS.

And maybe therein lies the big point. Global meetings are inspiring and enervating, but most importantly, they need to be followed by action.