PIH’s Statement in Honor of Juneteenth 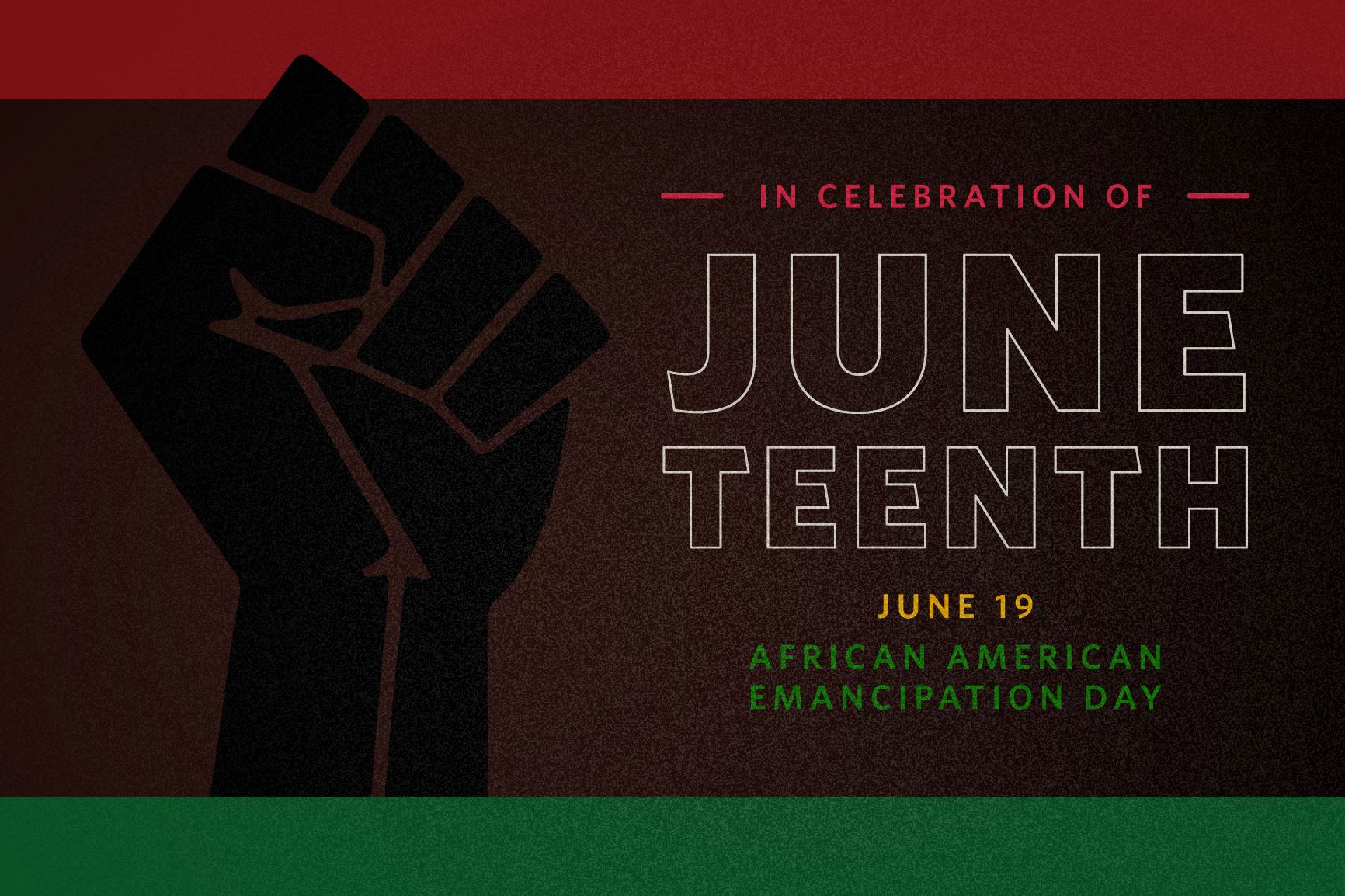 Juneteenth honors the freeing of the last slaves in the United States on June 19, 1865 and emphasizes African American education and achievement.
Graphic by Maggie Zhang / Partners In Health

Today, we remember and celebrate the freeing of the last slaves in the United States on June 19, 1865, and reflect on the continuing struggle for equal civil rights. Worldwide protests sparked by the brutal murders of Rayshard Brooks, George Floyd, Breonna Taylor, and Ahmaud Arbery, only the latest in a long line of unjust killing, are a powerful call for the collective denouncement of racial injustice in the U.S. and across the globe.

Freedom was technically won on the battlefield more than 150 years ago, but it did not surface in everyday life for African Americans. Instead, slavery’s hallmarks of racism and hatred spread like viruses through all structures of society. White supremacy, in all its manifestations, continues to impose an unequal distribution of power, wealth, and opportunity by marginalizing, terrorizing, and killing Black people–limiting their access to justice, quality health care, housing, education, and employment.

We’ve learned there can be no social justice without the active resistance to dismantle these exploitative systems; and there will be no global change without local activism.

In other countries PIH serves, like Sierra Leone and Haiti, the wounds left by slavery are painfully kept open by centuries of colonial, postcolonial, and neocolonial abuses, such as the pilfering of natural resources, labor exploitation, international debt, and economic discrimination. Western countries continue to enrich themselves by further exploiting the very countries some now claim are “aid dependent.”

We’ve learned there can be no social justice without the active resistance to dismantle these exploitative systems; and there will be no global change without local activism.

In honor of Juneteenth, we are using our platforms to amplify and learn from the voices of Black activists and organizations that are at the forefront of the movement for racial justice in the U.S.

Here is a list of the organizations we are listening to and learning from: