On the Road in Sierra Leone, Spreading Health and Hope

When a young pregnant woman was rushed into the maternity ward at PIH-supported Koidu Government Hospital (KGH) in Kono, Sierra Leone, Isata Dumbuya, head of reproductive, maternal, neonatal, and child health, recognized the look of anguish on her team’s faces. The woman was in critical condition, suffering from pre-eclampsia. Had she visited the hospital earlier in her pregnancy, for prenatal care, she likely would have been bound for a safe delivery. But with just days until labor, her long untreated condition threatened her and her baby’s lives.

Such a dire case is all too common at KGH. Dumbuya often compares her experiences as a nurse-midwife in the United Kingdom versus Sierra Leone, where she was born and where she began working in June 2018. In 19 years delivering babies in the U.K., Dumbuya witnessed one woman go into pre-eclampsia shock. At KGH, this is a pregnancy complication that she and her team combat weekly — often when it’s already too late.

“It’s horrible to watch when you know you can’t do anything else for a patient,” Dumbuya said. “Young girls in particular tend to have eclampsia fits, and sadly these are the most likely to deliver babies at home. A girl recently had a stroke due to an eclampsia fit and now is frozen down her left side.”

Over the past year, Dumbuya has discussed at length with her fellow clinicians why so many pregnant women seek care too late. “In many instances, patients seek help from local community healers before coming to the hospital, simply due to lack of transport or understanding what care is available,” she explained.

These discussions revealed that seeking care too late wasn’t just a maternal health issue; it was a recurring theme across all patients. Hospital data backs up Dumbuya and her colleagues’ experiences: KGH’s emergency ward, for example, has admitted more than 650 patients since opening in May, highlighting the urgency of the medical conditions that many patients are arriving with.

Determined to further understand and transform this reality, Dumbuya formed a community outreach team of six clinicians from KGH and nearby PIH-supported Wellbody Clinic. The team would travel to all of the 14 chiefdoms in Kono District to make known the critical care and services at KGH and Wellbody, and to empower community members to help one another make safer health care choices. Dumbuya emphasized communication with not only families and local clinicians, but in particular chiefs and other community leaders.

“We needed to go out there and have a dialogue with people who have sway in the community,” Dumbuya said. “To explain: this is what happens to patients, this is why, and this is how you can help us save more lives. We wanted to give leaders a sense of responsibility and ability to help. They have a crucial role to play in helping their population make the healthiest choices possible.”

This approach has already begun to pay off. Since the outreach team began their visits to chiefdoms throughout Kono, spreading information and partnering with key local leaders, staff have been admitting patients from parts of Kono they’ve never seen represented at either facility. And for Dumbuya and her team, the number of lifesaving C-sections performed at KGH continues to steadily increase.

Below, join Dumbuya and the team on one of their outreach visits, and see what a day in the life promoting health equity looks like. 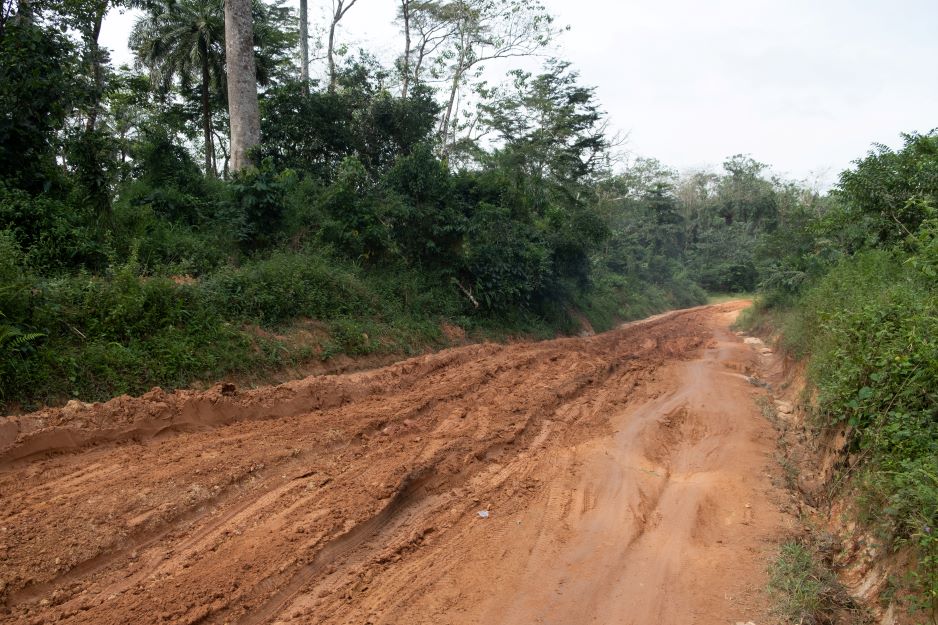 Leaving early on a cloudy Wednesday morning, the team bundled into PIH vans, ready for the three-hour journey from KGH to Kainkordu, Soa Chiefdom. The further out of Koidu — Kono’s capital, where KGH is located — they drove, the more difficult the roads became to navigate. The vehicles struggled through the muddy sludge typical of a road in rural Sierra Leone during rainy season, and one became wedged in a ditch. Dumbuya sighed and envisioned how pregnant women must feel being jostled on treacherous roads in an ambulance or on the back of a motorbike, uncertain of the care available at the end of their journey.

Upon arriving in Kainkordu, the team gathered in the community’s central building, regularly used for events, to discuss their presentation and prepare to welcome 30 guests from across Soa Chiefdom. The list of attendees ranged from paramount village chiefs, to police officers, to clinicians from local village clinics.

Dumbuya kicked off the team’s presentation, providing a broad overview of why early patient referrals are crucial; what happens when symptoms go unchecked and undiagnosed; and why prescribed medicines are so important, as opposed to traditional medicines that can cause irreparable damage to the body. She concluded by talking about the importance of blood donations, relieving attendees’ concerns by stating boldly that she regularly gives blood and is “still standing.”

Boyama Gladys Katingor, head midwife at Wellbody Clinic, next gave a rousing speech about the sense of empowerment that the clinic’s birth waiting home provides women. She emphasized the risk that women face when travelling along bad roads while in labor and described the nurturing care available at the birth waiting home.

Sister Jenneh Dakowah, midwife at Wellbody Clinic, then outlined the importance of pre- and postnatal care. And echoing Katingor, she emphasized the importance of partner involvement during a woman’s pregnancy and the crucial role men should play throughout. Dakowah also discussed other services available at Wellbody, from nutrition support and blood pressure monitoring, to malaria, worms prevention, and childhood immunizations.

Extending beyond maternal health care, Doris Miatta Komba, a nurse at KGH, spoke about the twice weekly noncommunicable diseases (NCDs) clinic available at the hospital, which has treated more than 2,500 patients with hypertension, diabetes, hepatitis, and other NCDs since opening in late 2018.

Closing the presentation, Mary Cabo and Hawa Musa, both mental health community health workers based out of KGH, dismantled myths and stigma surrounding mental illness. They explained that mental health is just like physical health and that effective care is possible for mental health conditions. They also encouraged the group to support members of their community in seeking care. 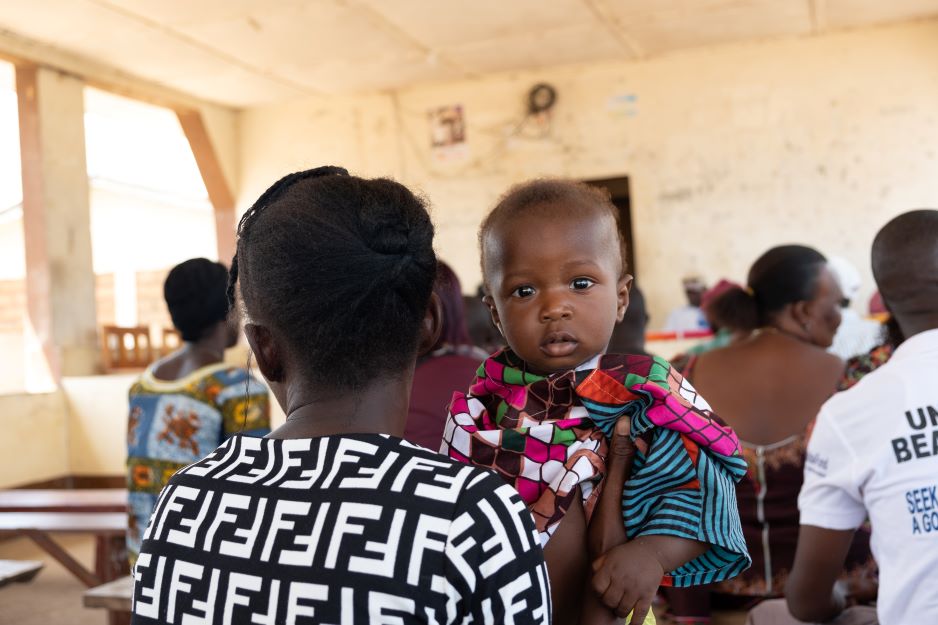 After listening closely to each presentation, attendees had the floor for questions and comments.

The maternal health care information prompted a resounding agreement from the group: Pregnant women should be referred to KGH and Wellbody if the local clinics are not able to provide effective medicine and trained clinical care.

Many in attendance were impressed to hear that extreme sickness wasn’t a prerequisite for a visit to a health facility ;  they could go to a facility for a checkup before their health became critical. They were also relieved to hear that those struggling with mental health conditions could become well again . Some even mentioned people they knew who might benefit from treatment.

In response to the poor road conditions that make it difficult for ambulances to get to patients, the group debated cracking up rocks to cover some of the worst potholes along the road, as a temporary measure to help patients’ passage to KGH and Wellbody. 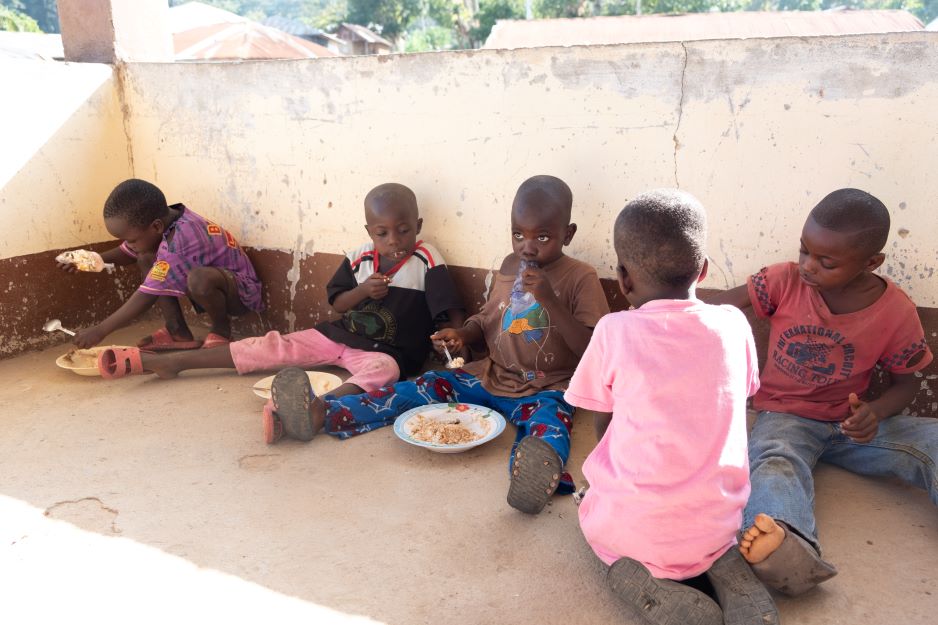 As questions were asked and answered, and conversation continued, food was provided for anyone who wanted to join the event. This drew a slightly younger crowd.

At the end of the day, the outreach team said their goodbyes and thanked everyone for their time. They clambered back into the vans for the journey back to Koidu and for a reflection on the visit.

Dumbuya noted a trend: There hadn’t yet been an outreach visit where attendees didn’t ask for PIH’s help building better local clinics closer to the villages. In the face of continuing need, however, the team chatted excitedly about the engagement they received from community leadership.

“The community leaders have a crucial role to play in helping their population make the healthiest choices possible,” Dumbuya said. “My only regret is we couldn’t do this work sooner, and we can’t do more because of the roads.” 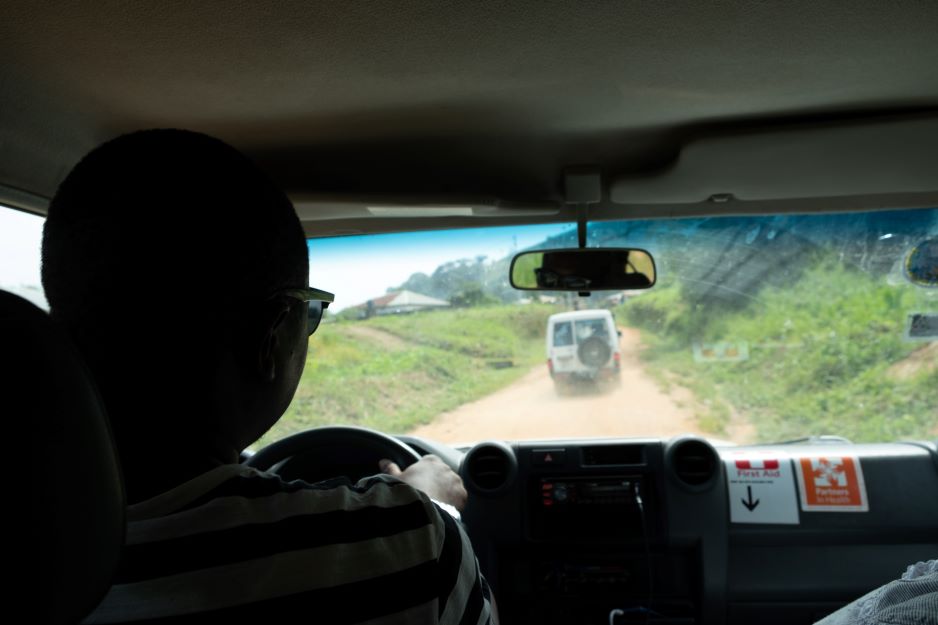