Photos by Emma Minor and John Ra / Partners In Health

In Sierra Leone, where extreme poverty means nearly half of families don’t have enough food on a daily basis, children are particularly vulnerable to malnutrition. The consequences of this lack of nutrition are staggering, and long-term. Nearly 40 percent of kids in Sierra Leone have suffered stunting, or impaired growth that can permanently damage cognition and overall health, limiting their potential and that of the country.

Partners In Health has been combating this injustice since 2014, when our partnership with the Sierra Leonean government began. In Kono District, clinicians at PIH-supported Wellbody Clinic have been treating young children for severe acute malnutrition (SAM) and have established a social support program that provides food assistance to families.

But this work to prevent the lifelong harms of malnutrition wasn’t reaching everyone truly in need. Some children were not fairing as badly, but still fell under the category of moderate acute malnutrition (MAM). They did not qualify for the SAM program, nor did clinicians want to see their conditions worsen.

In response to this critical gap, PIH established the MAM program this year. By providing treatment and nutrition support to more malnourished children and their families, clinicians are stopping this life-altering, potentially deadly condition in its tracks earlier, and saving and improving more lives throughout Kono.

Take a look at this photo essay to see how the new program works: 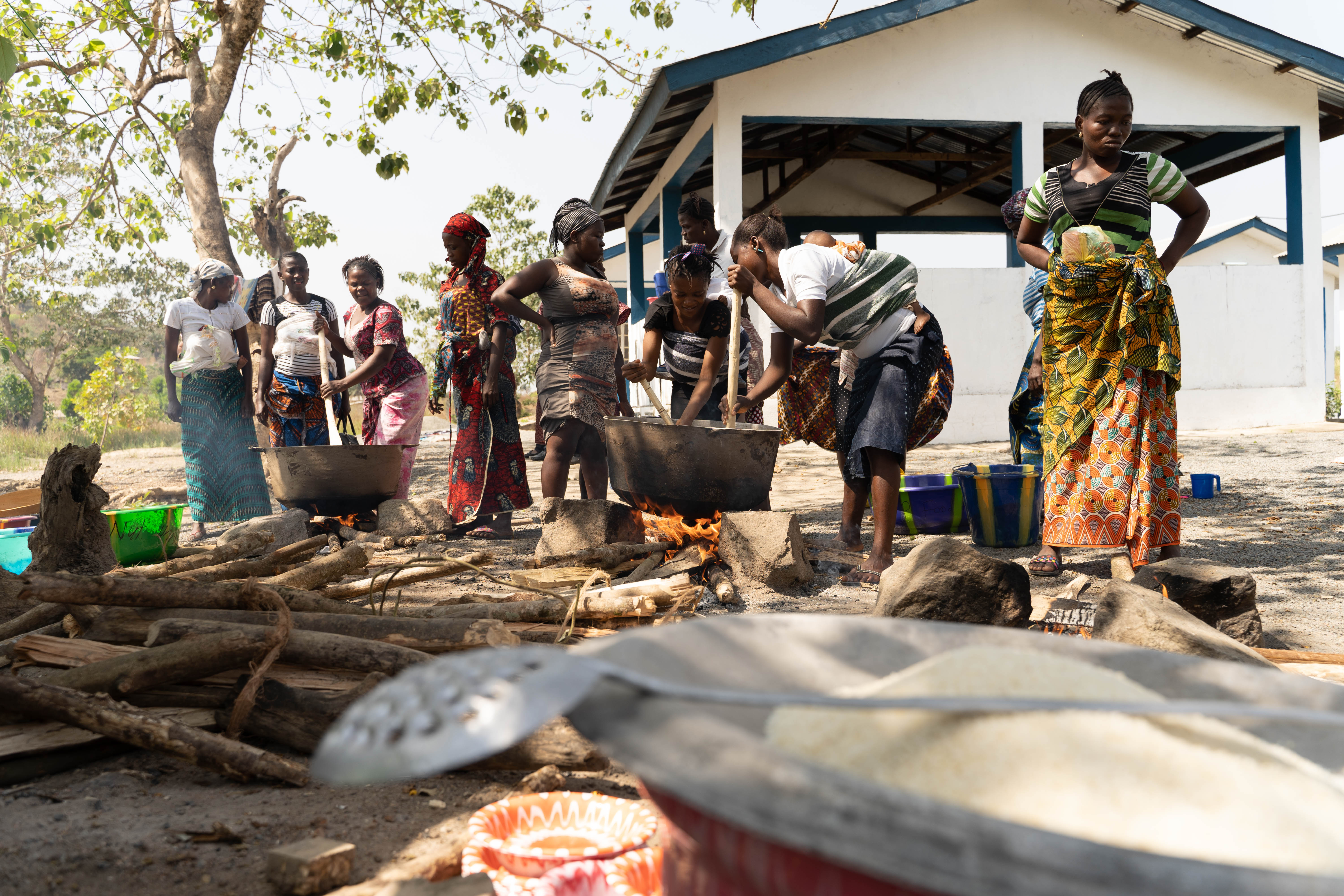 Each month at Wellbody Clinic, around 50 mothers and caregivers gather to prepare and share large quantities of highly nutritious food for their children diagnosed with moderate acute malnutrition. The clinic’s nutritionist guides the group, and all of the ingredients and tools are supplied by PIH. 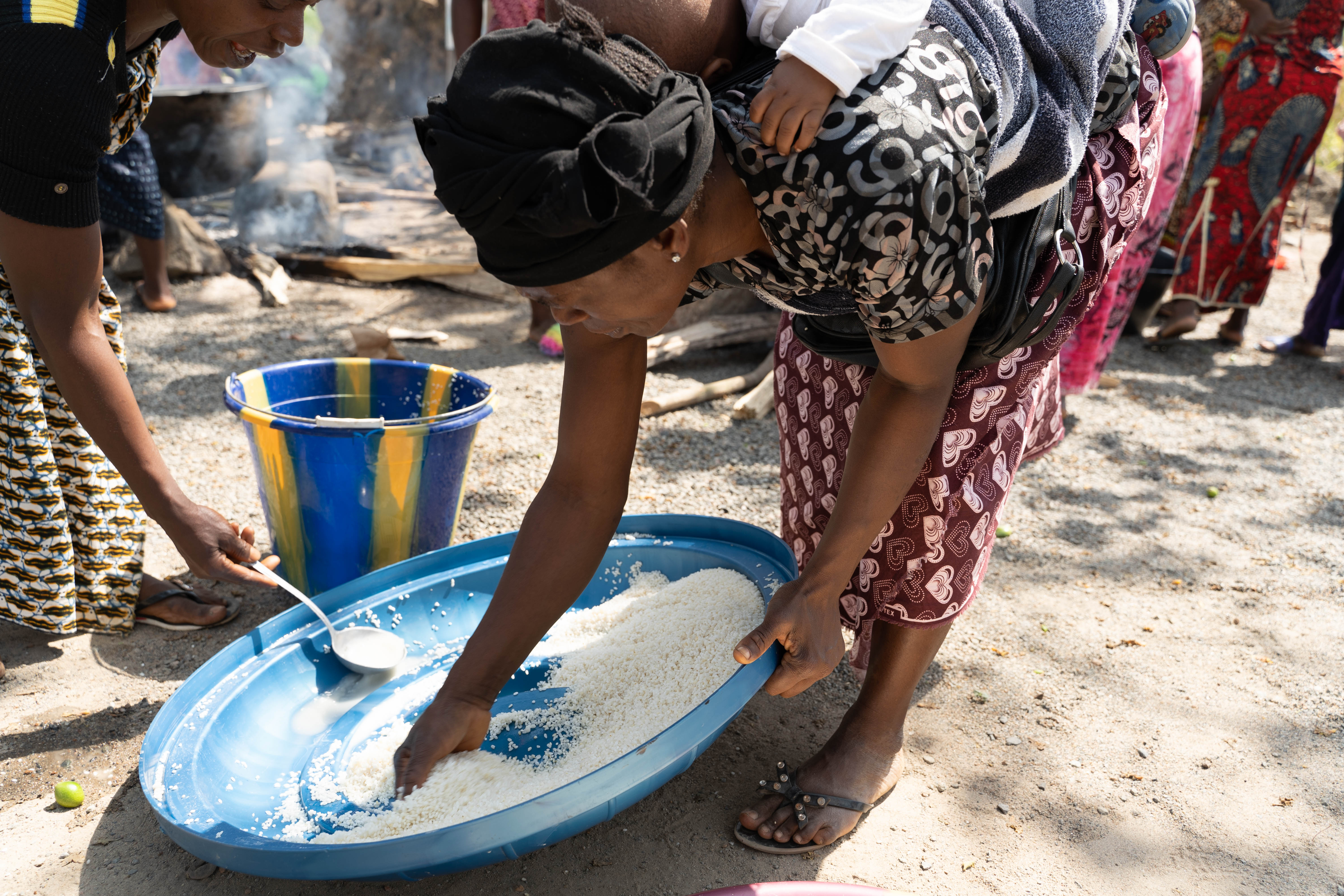 The women work together to debone dried fish and measure out rice, which they will then cook over a fire. 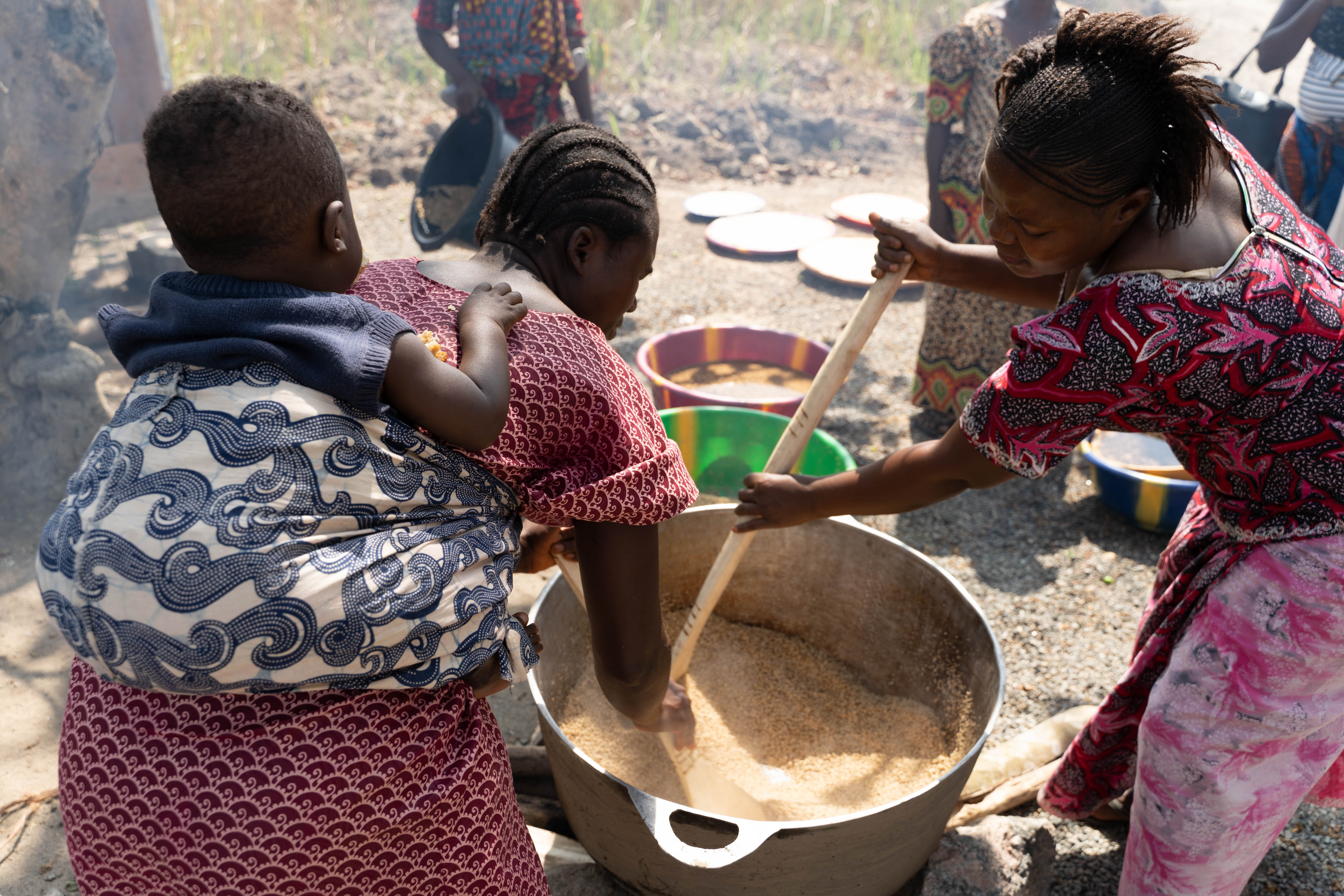 They combine the fish and rice with Bennimix, a locally available food supplement. The three ingredients are ground together to create a large quantity of highly nutritious food. Each family takes home a share. 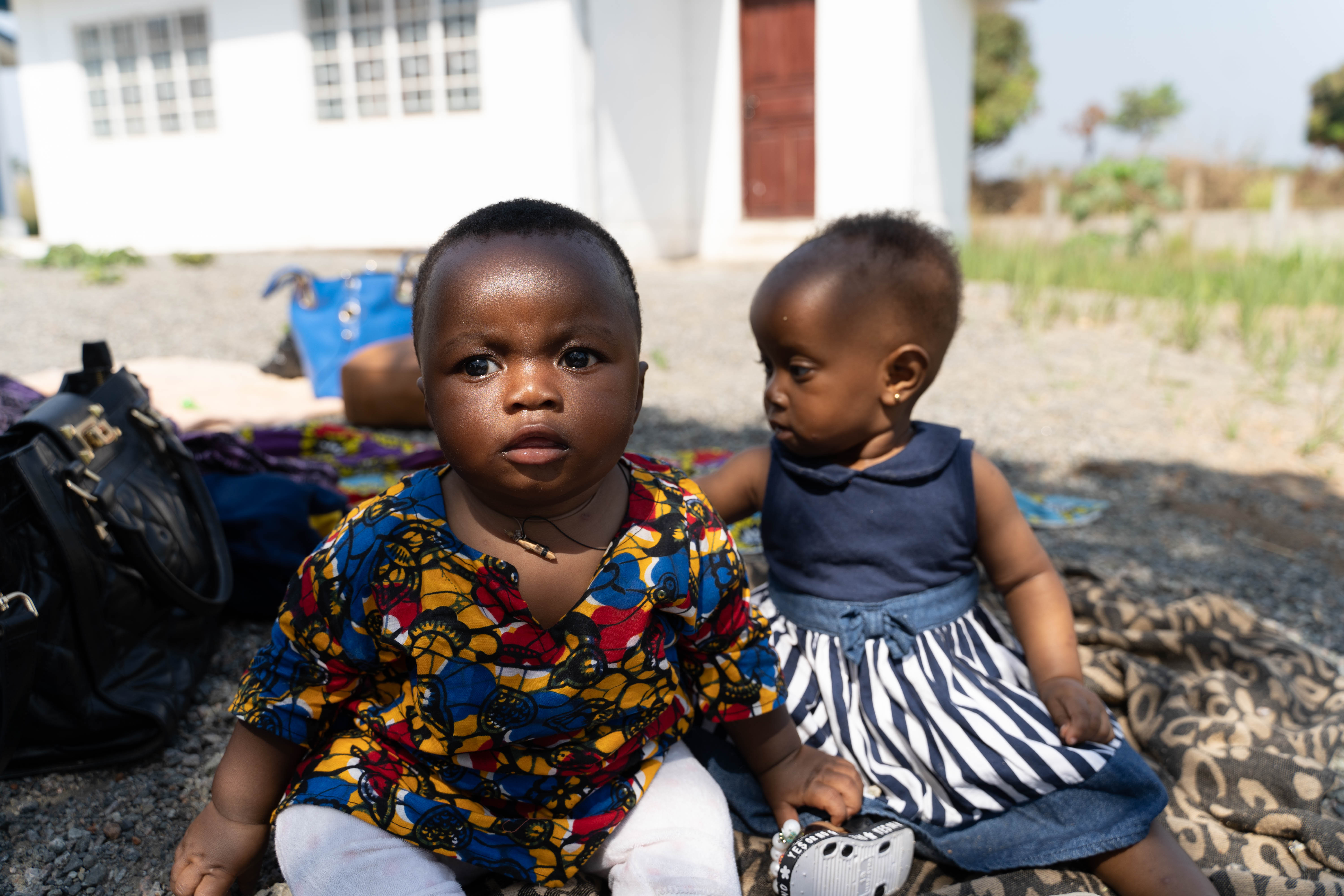 While the women cook, their children play together in the shade. 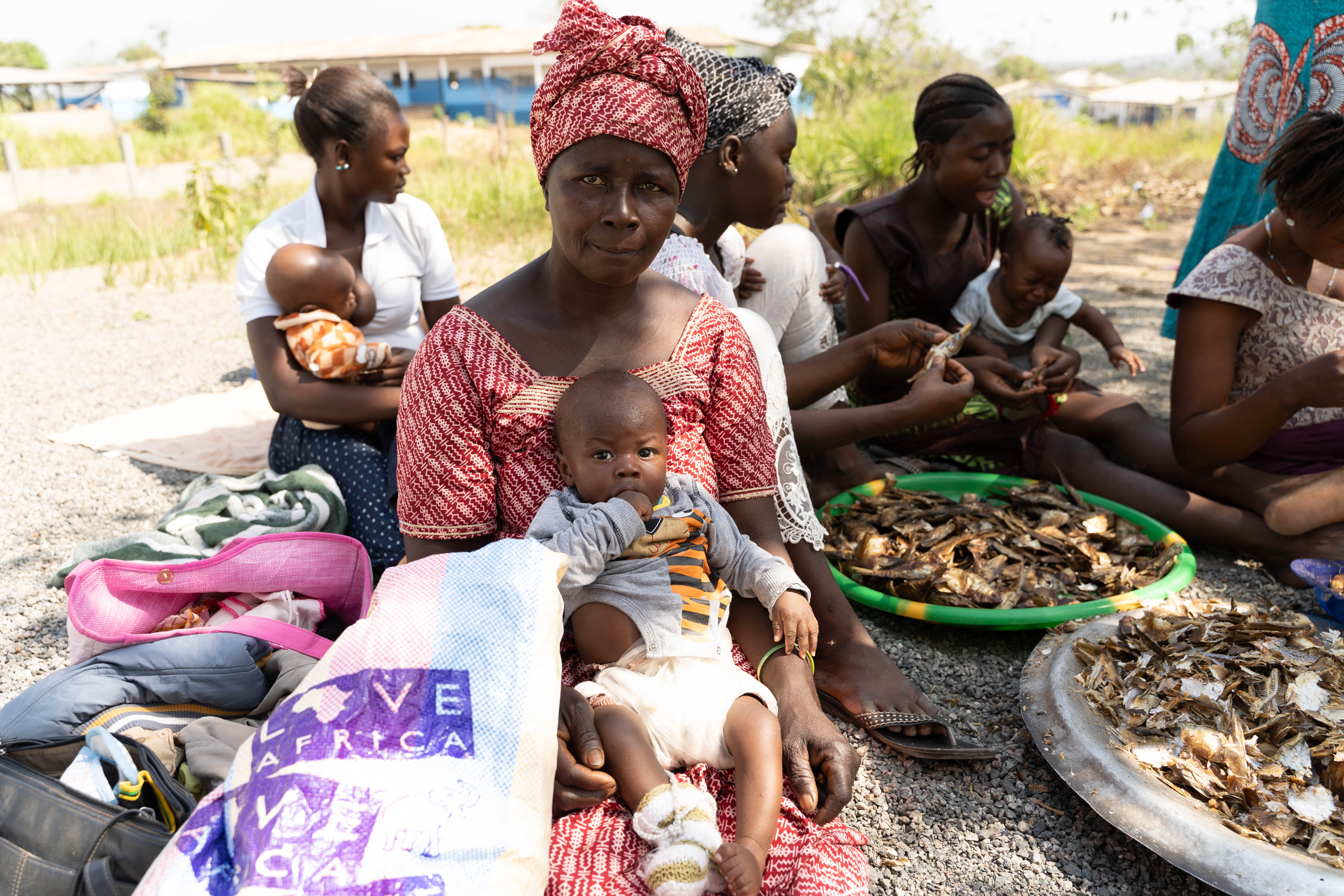 Families walk away from each cooking session with not only a month’s worth of therapeutic food for their infants, but also a greater sense of community. 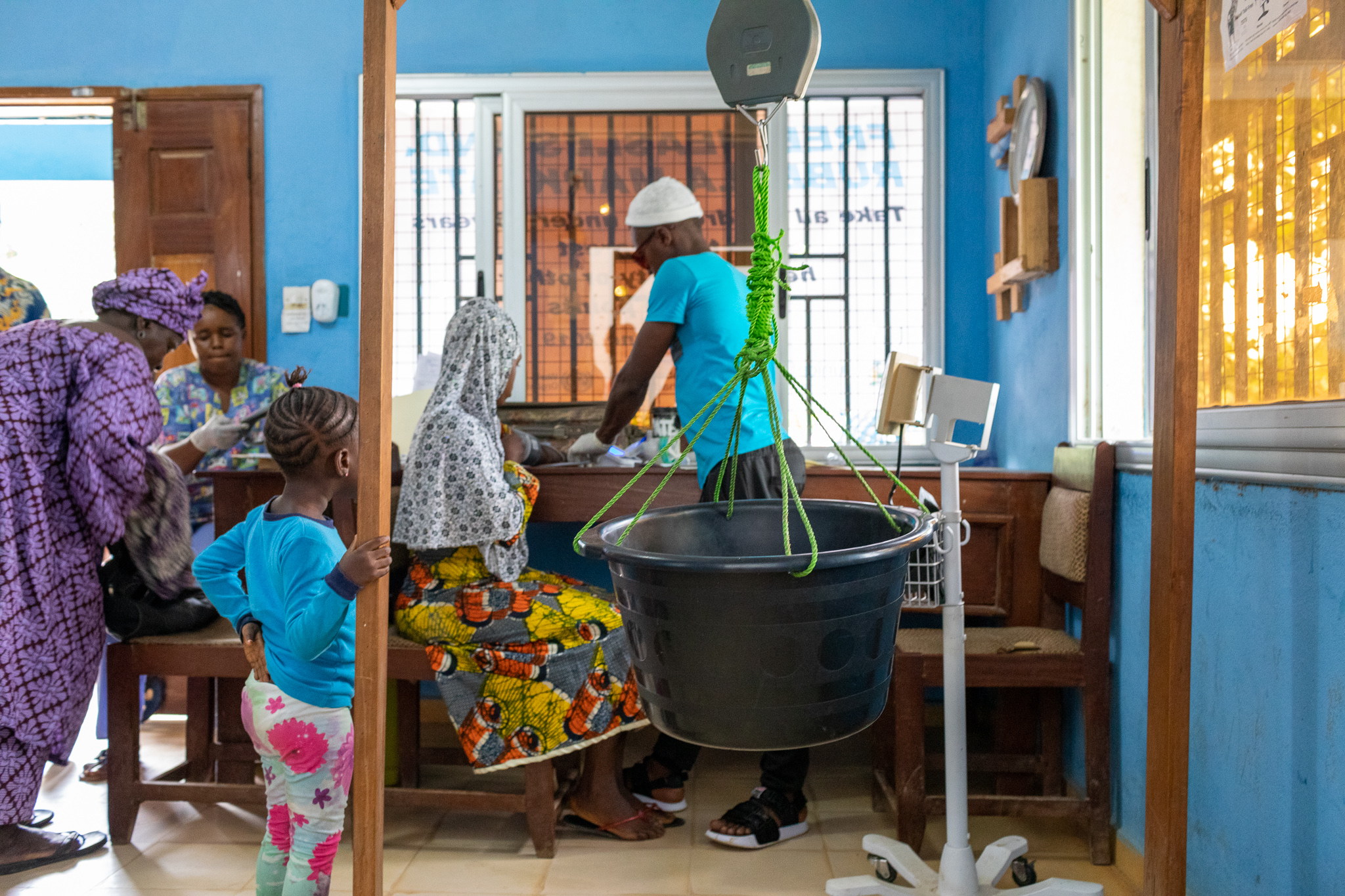 In between the monthly cooking sessions, children receive regular checkups at the clinic, during which they are weighed in a bucket scale and measured to ensure that their healthy growth is on track. 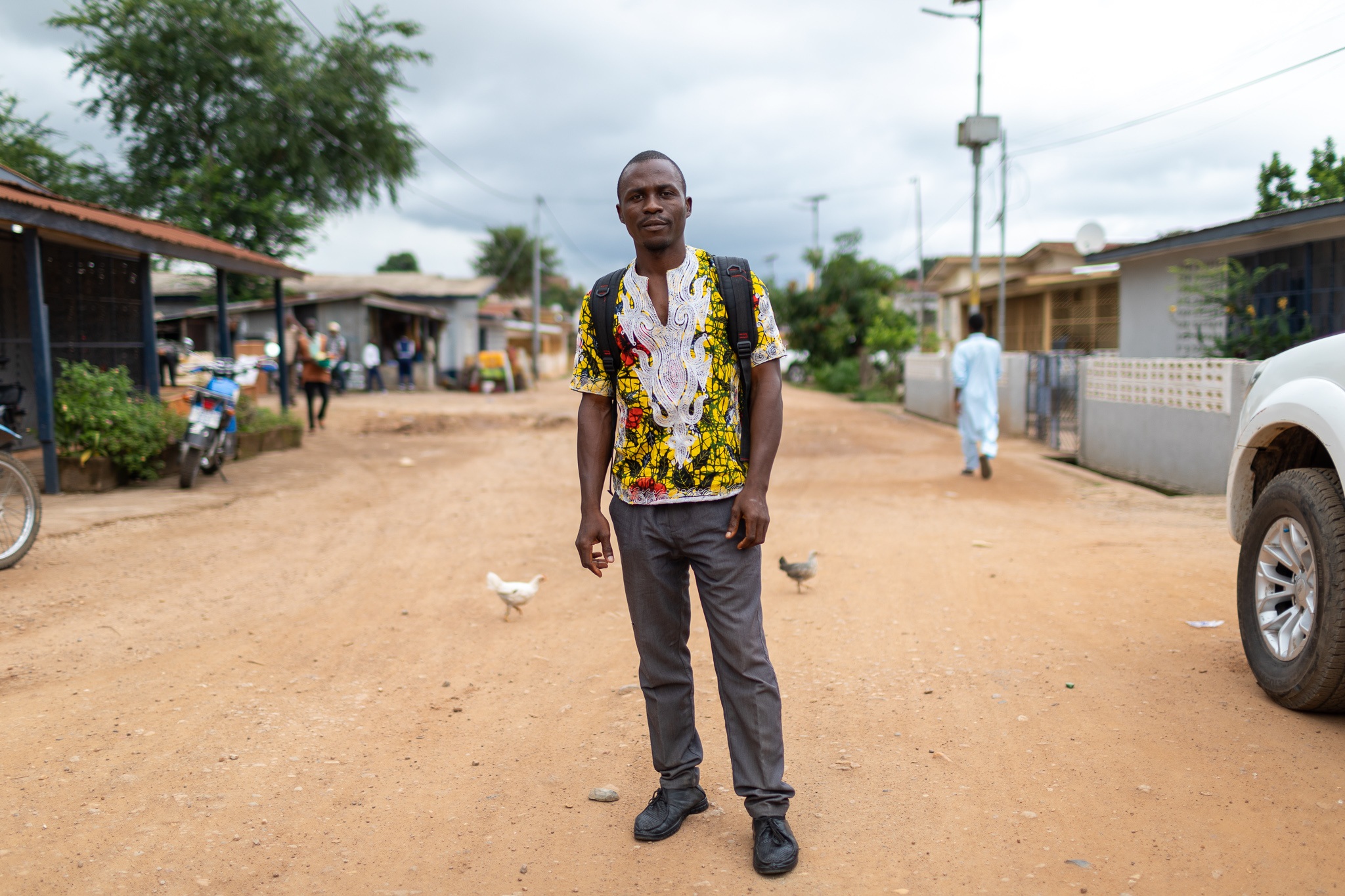 They also receive regular home visits from PIH’s community health staff, such as John Suluku, an acute needs program officer and leader of the MAM program. 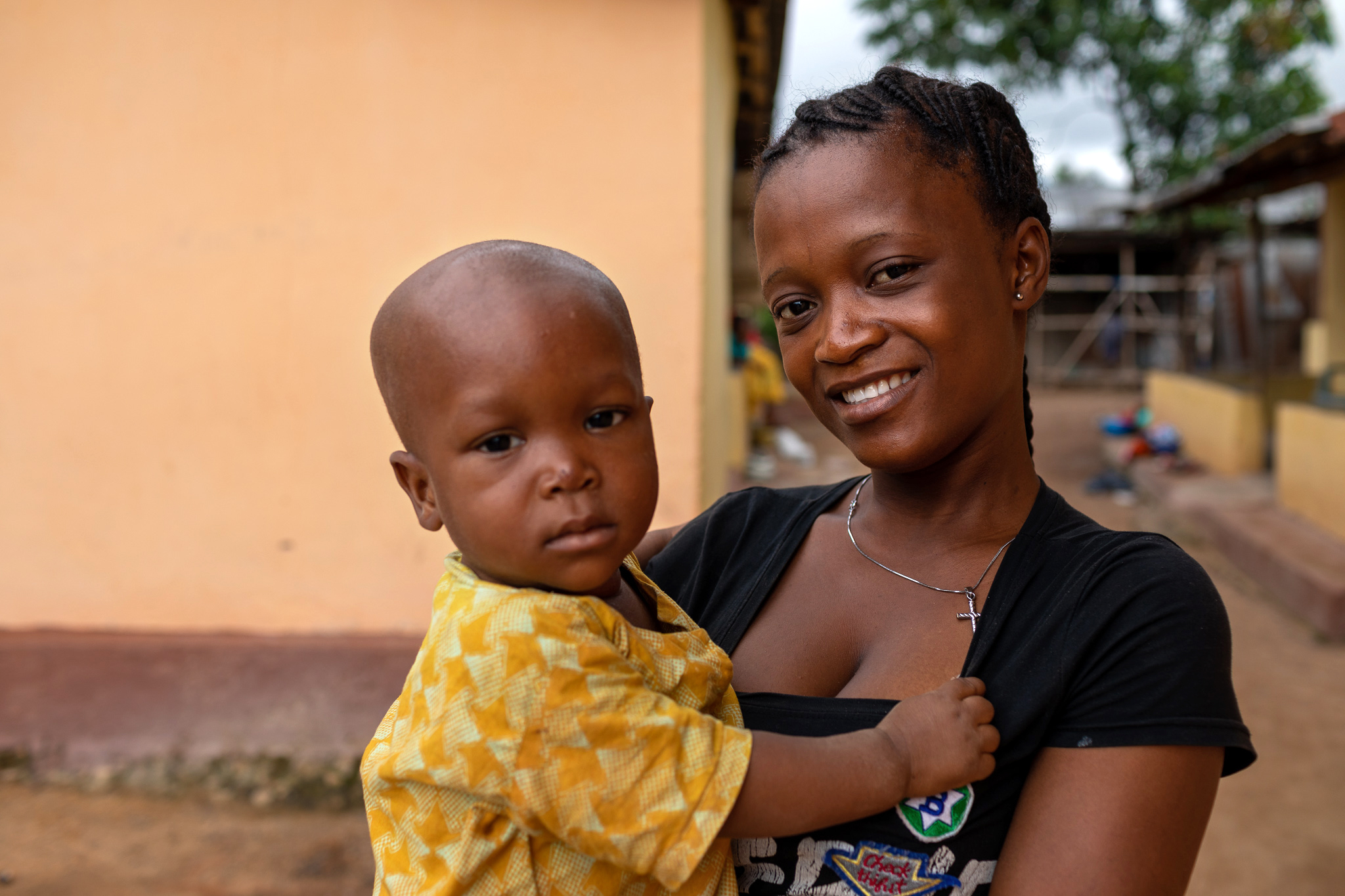 Lansana Sidibay, 18 months, steadily gained weight and grew after his mother, Fatmata Mansaray, enrolled him in the MAM program at Wellbody Clinic. Fatmata still makes Bennimix for Lansana, who is now a healthy and spunky toddler, and has taught family and neighborhood friends how to make the nutritional supplement for their children. 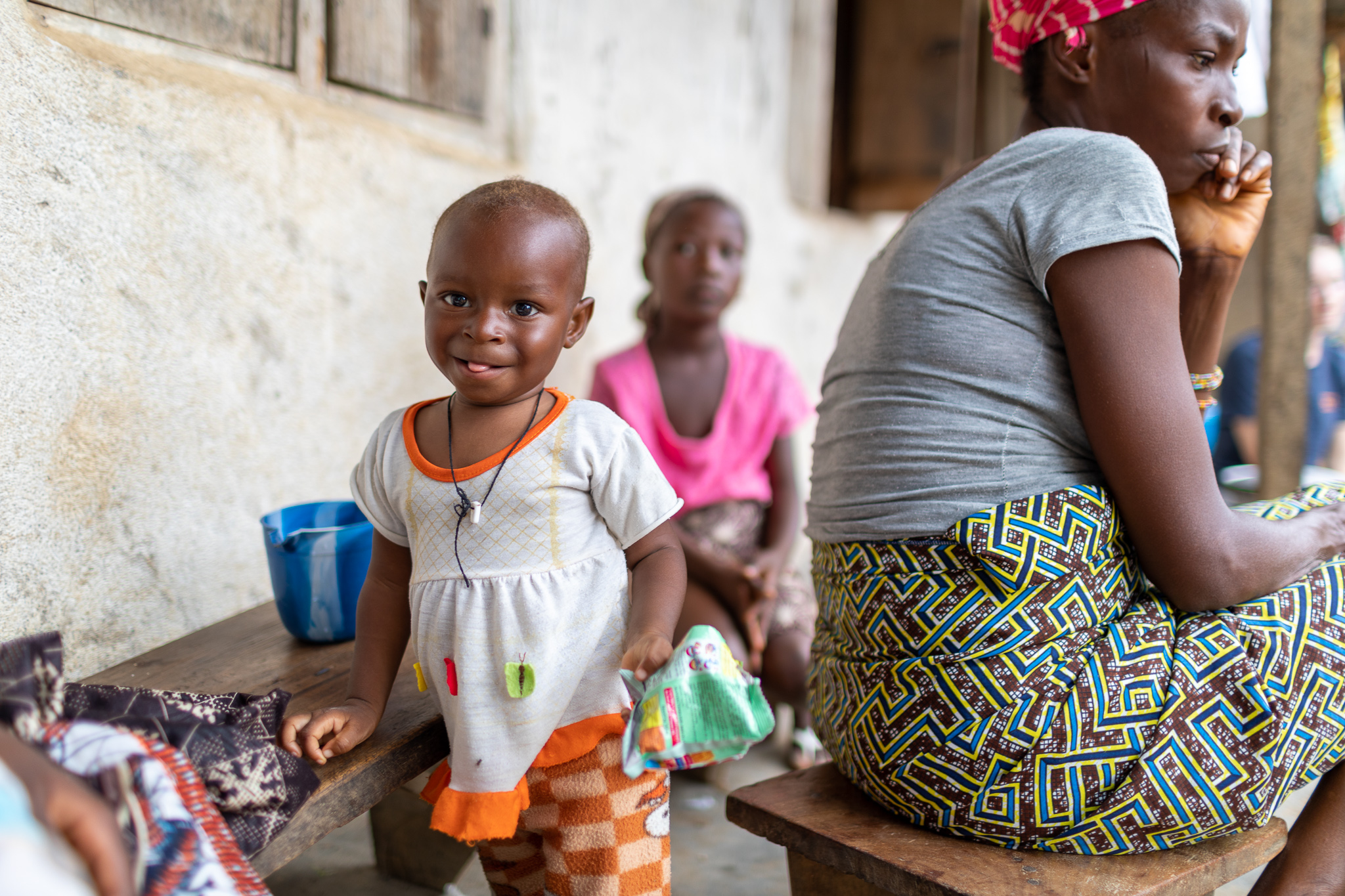 Loko Kallon, 13 months, also graduated from the program. After Loko lost her appetite and was running a fever, her mother, Finda Kallon (above right), took her to Wellbody and discovered she was suffering from malnutrition. Meals fortified with Bennimix, provided through PIH, allowed Loko to get to a healthy weight and regain her energy.