On Universal Health Coverage Day, 'We the Peoples' Are Still Determined

A protestor marches through New York City streets to advocate for universal health care for all following a United Nations General Assembly meeting in September. Photo by Nina Peskanov / Partners In Health
Dr. Joia Mukherjee, chief medical officer for Partners In Health, leads a rally outside the United Nations General Assembly in New York City in September, calling for universal health coverage that truly reflects health as a human right for all. Video by Nina Peskanov/PIH

Seventy-four years ago, at the end of World War II, the United Nations was born to foster international collaboration and prevent the recurrence of fascism epitomized by the Nazi government. The Peoples of the United Nations, represented by their leaders, drafted a document that sought a collective fight against the destructive forces of extreme nationalism, and warned against a “separate peace”—which could reflect a nationalist mentality of every country fending only for itself. The charter of the United Nations encouraged mutual interdependence and embodied an unwavering determination “to reaffirm faith in fundamental human rights, in the dignity and worth of the human person, in the equal rights of men and women and of nations large and small.”

At the end of September, the member states of the United Nations met at the UN General Assembly. Members held a summit on climate change and a high-level meeting on universal health coverage, addressing two of the most pressing issues of our time. These issues are fundamentally interrelated: Caring for our planet and for each other must be the task of our globalized world, the UN meetings suggested, particularly as we all work to ensure a better future for the next generation.

Yet, the 74th session of the UN General Assembly was divided by two fairly dichotomous views, of both climate action and health care. One view promoted profit over regulation; nationalism over global collaboration; and a lack of recognition of basic human rights, including women’s sexual and reproductive rights, over the broad inclusion of all in the fruits of science. It is alarming in the 21st century to hear world leaders—such as the presidents of the United States and Brazil—promote, from the platform of the UN, the very policies and ideas the UN was created to combat.

But this debate is not new.

At the 1978 Alma Ata conference, the international community pledged health for all by the year 2000.  Yet, these pledges were not backed up by political will or financing mechanisms. The promise of achieving universal health coverage was hamstrung by nihilism—and the result has been selective primary health care, with poor countries administering just small packages of what’s considered feasible.

To fulfill the promise of health for all, international solidarity is an imperative."

We now are hearing this mindset again: Rather than fighting for universal health coverage that embodies the progressive realization of the right to health, world leaders are talking about “sets” of “essential” health interventions that impoverished countries can afford with their domestic resources.

Accepting the narrow scope of health that is possible with domestic resources of impoverished countries obscures the cause of massive global inequality. That inequality is the result of historical and contemporary forces, from colonialism to neoliberal capitalism. The political rhetoric of U.S. President Donald Trump, Brazil President Jair Bolsonaro, and others, is only a visible fraction of a much deeper and more pernicious system. Nationalism—backed up by racism, xenophobia, and militarism, and the neoliberal capitalism that it champions—ensures that impoverished people and impoverished countries will remain poor and sick and that our earth’s ecosystem will continue to hurtle toward catastrophe.

Belief in such a system is openly expressed not only by right wing leaders but also by some academics, such as those who advocate for the teaching of medicine as an exclusively technical discipline, one devoid of understanding of social context or social justice as determinants of well-being. These nihilistic views serve a political ideology rooted in the defense of the unjust status quo, and are in direct conflict with those calling for a just and equitable society. A fight in which health professionals, closer than anyone to suffering, can turn the tide.

At Partners In Health, informed by decades of working hand-in-hand with communities and governments in some of the world’s most impoverished places to ensure that everyone has the right to quality health care, we have learned several critical lessons.

First, every person is a person—or “tout moun se moun”, as the saying goes in Haitian Kreyol. Health is a human right, and in today’s globalized world we all need to organize and engage in direct actions to denounce the forces of ill health and pronounce a stronger sense of global responsibility for respecting, protecting, and fulfilling the right to health.

Second, to fulfill the promise of health for all, international solidarity is an imperative. The limited health budgets of impoverished countries have external causes—from un-taxed resource extraction to neoliberal constraints on lending. We need to remind ourselves that today, and for centuries, Western countries have enriched themselves by extracting human and material resources from the very countries some now claim are “aid dependent.” Development aid given by rich countries to impoverished ones pales in comparison to the large and often illicit outflows of cash out of the global South.

Third, care for people means care for Earth. Walking in solidarity with people and governments on their journey toward health and well-being is intimately linked to achieving environmental justice. Rationalizing public spending, to invest in peace rather than war and to restore the dignity of our planet and its inhabitants, will reap dividends that could be channeled toward further investments in the economic and social advancement of all peoples.

The 74th UNGA meeting in September posed a historical question that requires a loud and clear answer: Do we want an interdependent, caring world, or one based on nationalism, extreme shortsightedness, and greed? We, the Peoples, have a choice to make and a decision to act upon. 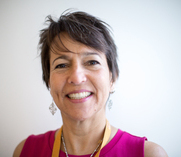 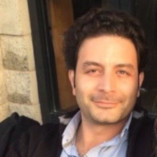