Model of care began in Haiti, influenced global policy, and spread around the world

In 1986, Partners In Health began caring for patients diagnosed with HIV/AIDS in Haiti. Clinicians with Zanmi Lasante, as PIH is known in Haiti, started with free testing, counseling, and inpatient care. Soon thereafter,  PIH leadership joined a growing global advocacy movement fighting for accessible, affordable, lifesaving antiretroviral treatment and the rights of all patients, despite nationality or economic status.

By the late 1990s, PIH was among few organizations providing free, comprehensive HIV/AIDS treatment to marginalized patients. Haitian men and women living with the virus rose from their deathbeds, in what became termed “the Lazarus effect,” as their conditions improved with community-based care and support.

Word of PIH’s success in Haiti spread rapidly. Over time and at the invitation of national governments, PIH began collaborating with colleagues in Peru, Rwanda, Lesotho, Malawi, Liberia, and other countries to replicate its model of HIV/AIDS care globally. Though its reach broadened, PIH’s mission never waned: the work has always centered on accompanying patients throughout their medical journeys and beyond, with social support, compassion, and top-notch care.

Explore the timeline below for more information about PIH’s global work in HIV/AIDS:

The first person living with AIDS walked through PIH's clinic doors in Haiti in 1986. Free testing, counseling, and inpatient care soon followed for hundreds of people living with AIDS. 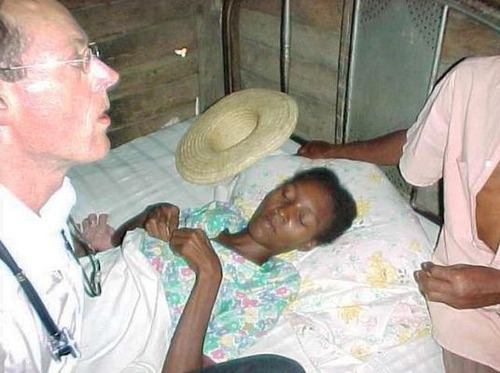 Dr. Paul Farmer visits Adeline Merçon, who is among the first people living with AIDS to benefit from ART in Haiti. Photo courtesy of PIH

Farmer's book offers a systematic analysis of the racism driving theories that Haiti was the source of HIV in the western hemisphere. 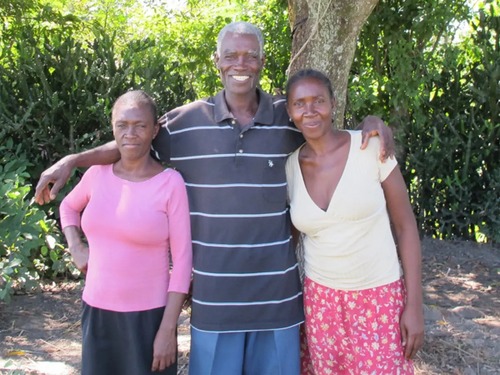 Farmer shows how entrenched beliefs about "cost-effective treatment" and patient "non-compliance" blame people living with AIDS for their illnesses, such as HIV, rather than call out systematic forces of oppression.

As Haitians living with HIV regained their health, some became activists, issuing the Cange Declaration and calling for increased access to lifesaving drugs.

PIH's success in Haiti was key to expanding ARTs globally, contributing to the development of the Global Fund to Fight AIDS, Tuberculosis and Malaria and PEPFAR.

A study in Lima, Peru showed people living with HIV and accompanied by a CHW had better outcomes at 12 months, including higher viral suppresion.

Matsebo Lerotholi learned she was living with HIV in 2009 and started on ART. She gave birth to her son, Nkuebe, in 2018 and is accompanied by her village health worker, Malerato Tsoelesa (in background). Photo by Cecille Joan Avila / PIH

A study of post-Ebola care in Liberia found that CHW support resulted in better ART coverage and retention of patients living with HIV.

Leaving No One Behind in Malawi

PIH launched in Malawi the Tracing Retention and Care Enrollment (TRACE) program to welcome people living with HIV back into care. With CHW outreach, 86% re-engaged with HIV care. 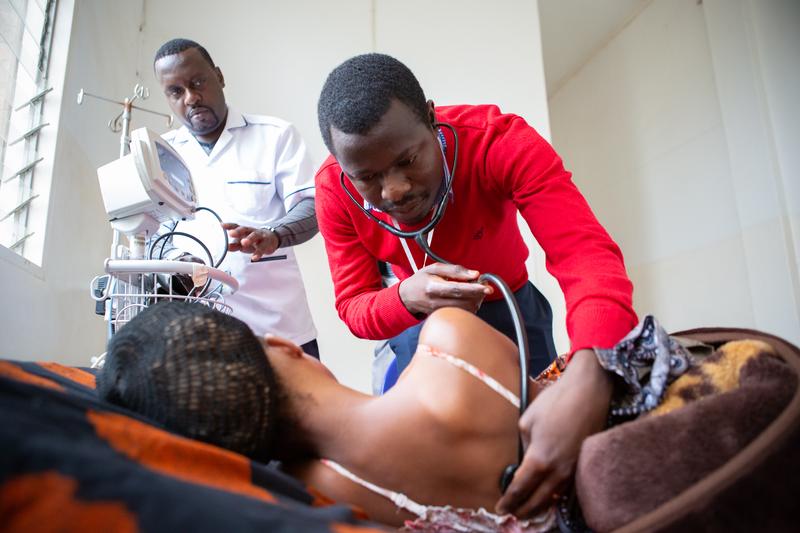