Partners In Health (PIH) is a 501(c)(3) nonprofit corporation headquartered in Boston, Massachusetts. The programmatic work of PIH is guided by our Board of Trustees and developed and managed by the Officers and leaders in our management team. 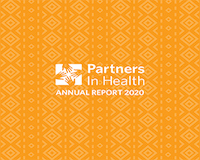