University Hospital in Mirebalais opened its doors on March 19, 2013, and quickly became a hub of care for the Central Plateau and a magnet for patients from across Haiti. Photo by Cecille Joan Avila / Partners In Health

Nearly seven years have passed since University Hospital in Mirebalais opened its doors and began transforming health care for more than one million people across Haiti's Central Plateau. Since March 2013, thousands of patients have had access to specialized care provided by clinicians working with Zanmi Lasante, as Partners In Health is known locally.

University Hospital has also been home to a growing medical education program, which has graduated 123 residents from a variety of specialties, including emergency medicine, surgery, and pediatrics, to add to the growing health care workforce in Haiti.

Kay Manmito, or “Mother’s Home” in Haitian Creole, hosts women with complicated pregnancies and mothers of premature and NICU infants, guaranteeing them a facility-based birth and providing them with free prenatal care, meals, psychosocial support, and health education. In 2019, Kay Manmito housed 378 women so that they could receive the lifesaving, dignified care they needed, from blood pressure monitoring to C-sections. These patients were among the 15 women, on average, who delivered each day in the neighboring hospital’s maternity ward. For expectant mothers like Natacha Jean Paul, whose risky pregnancy brought her to the facility, “the care found here is priceless.” 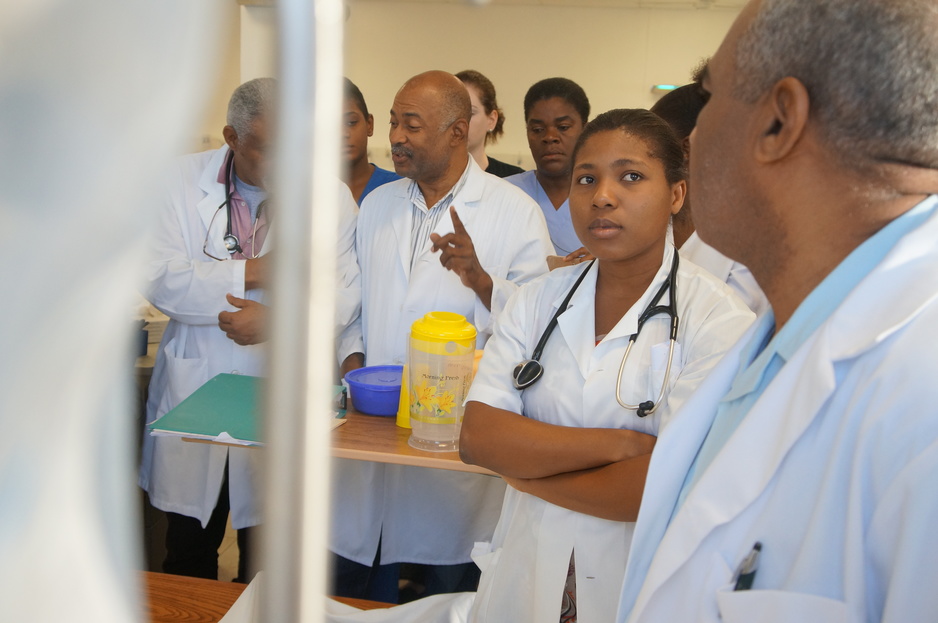 Medical education is integral to University Hospital, which was built as a teaching facility where Haitian clinicians could train in advanced specialties. Since opening, the hospital has begun offering residency programs in pediatrics, surgery, obstetrics and gynecology, neurology, nurse anesthesiology, and family, internal, and emergency medicine. To date, 123 clinicians have graduated from these programs, including the family medicine residency at PIH-supported St. Nicholas Hospital in St. Marc. Nearly 98 percent have chosen to work in Haiti and 60 percent with PIH-supported facilities, strengthening local health systems and caring for the most vulnerable patients. 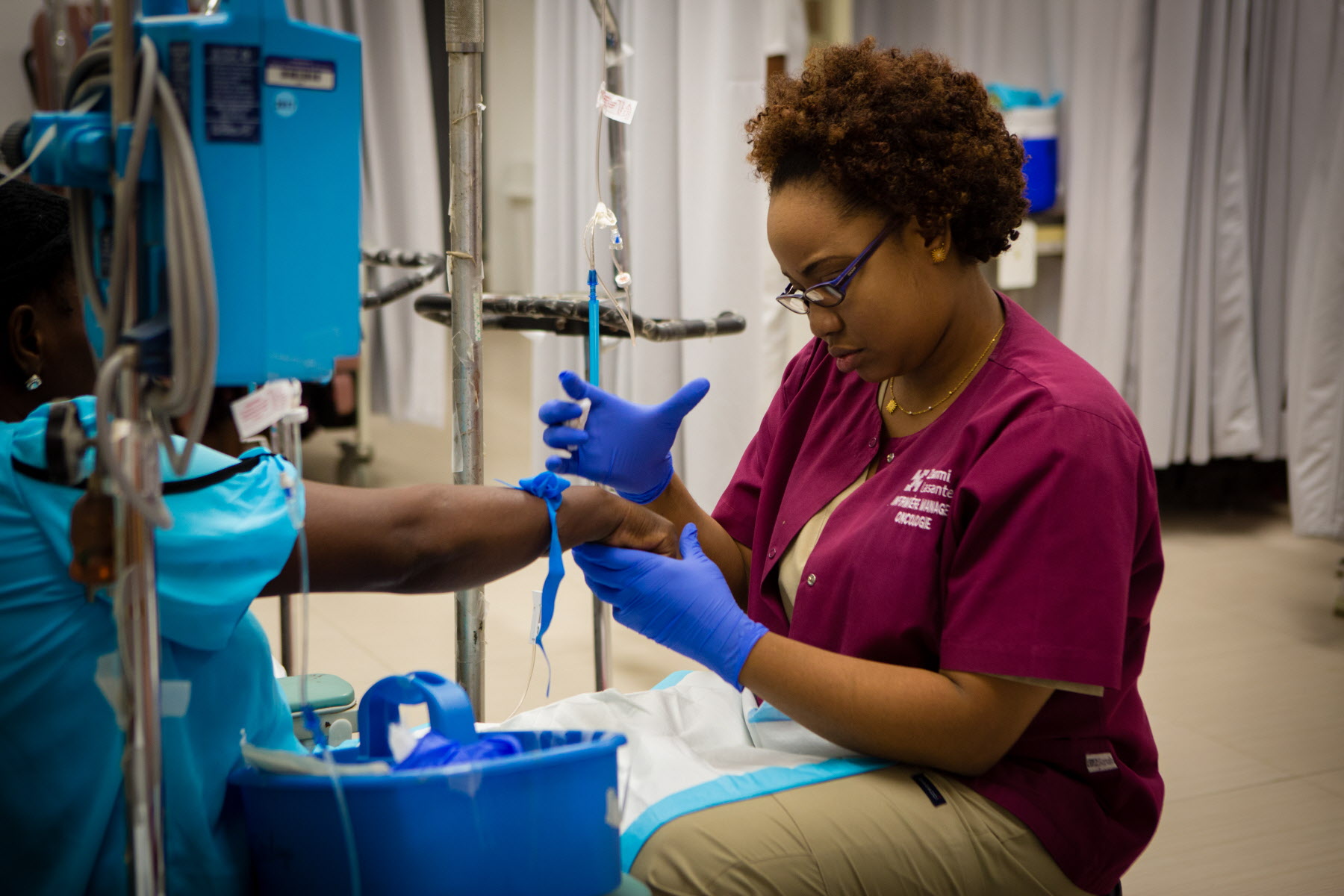 Last year, University Hospital provided cancer treatment to 652 patients, the majority of them women with breast cancer. Cita Cherie* is one such patient: She has been receiving palliative chemotherapy for an advanced stage of breast cancer since the hospital opened. “If it were not for the Mirebalais hospital, I would not be alive today,” Cherie says. “I get all my medication for free, and when I come to the hospital, the doctors take really good care of me. They welcome me and they really value me.” 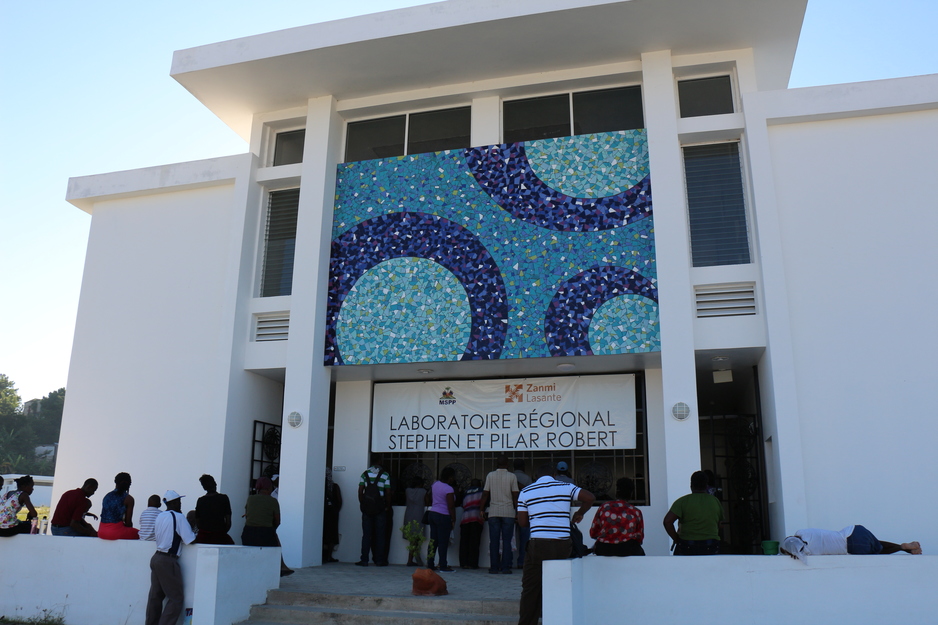 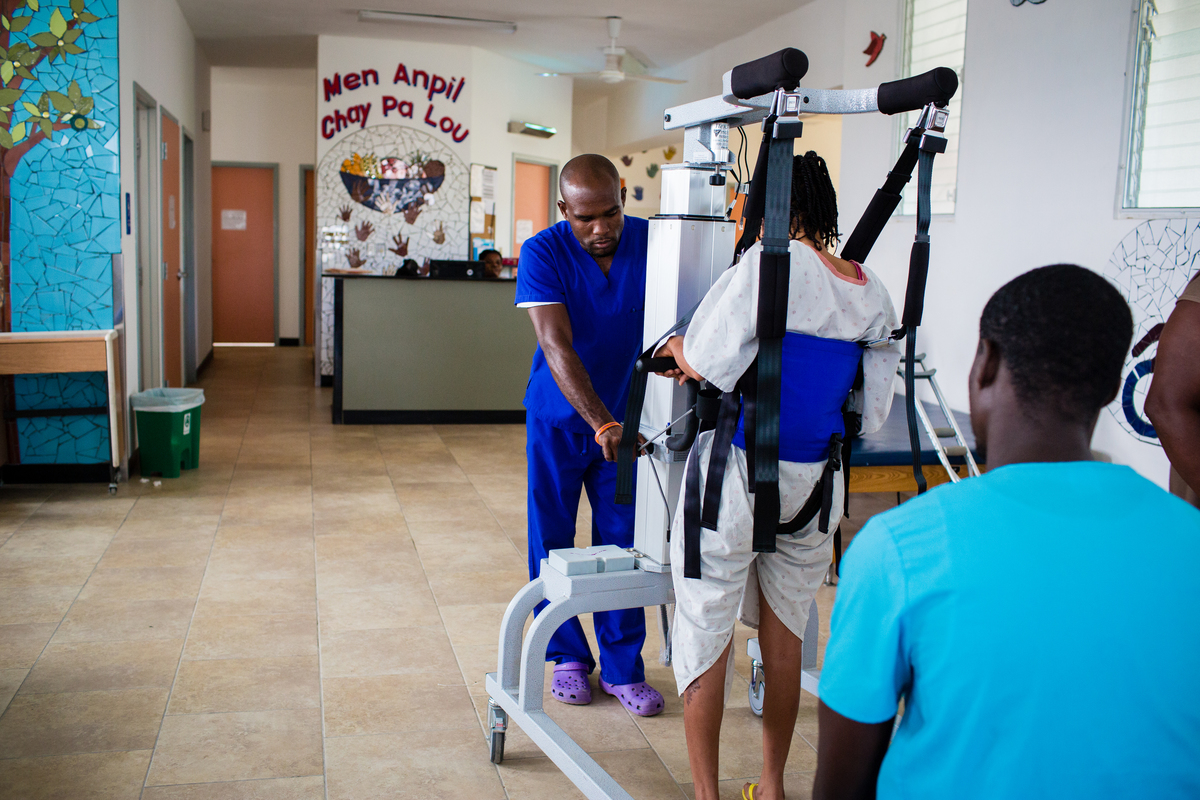 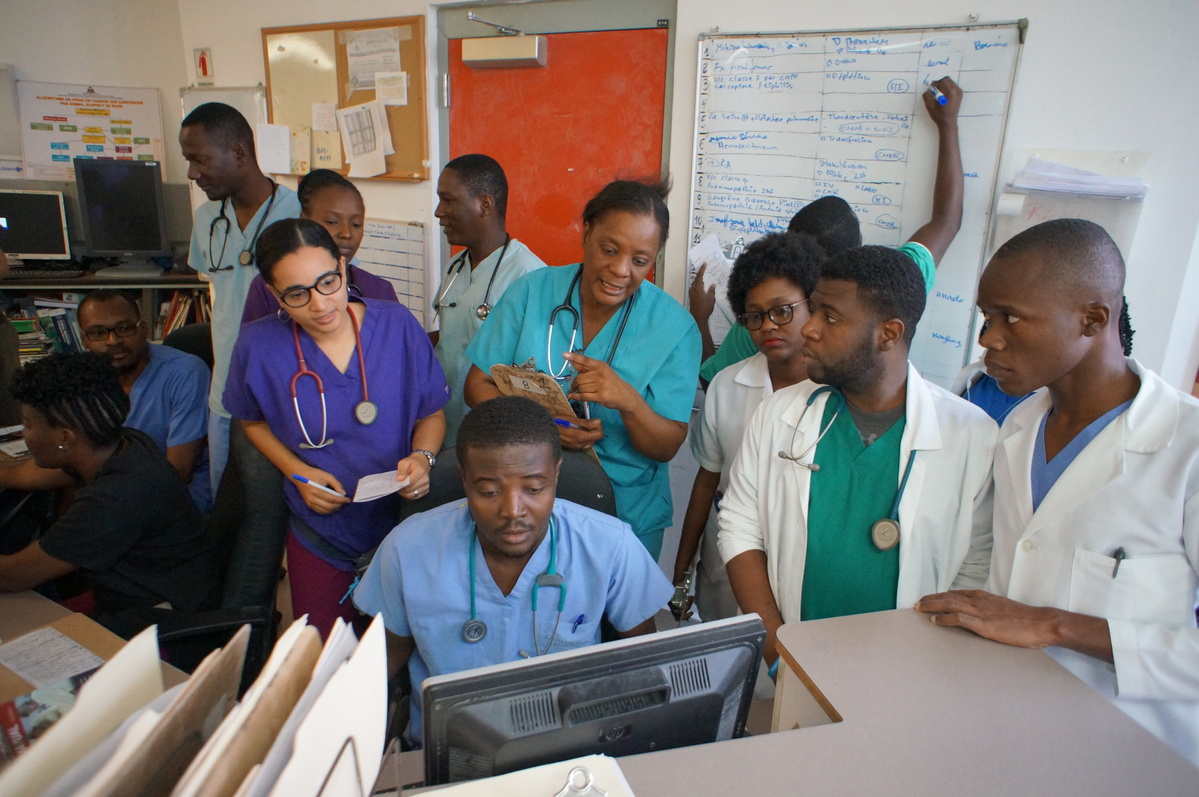 University Hospital’s emergency department buzzes with activity. The suite of rooms rarely has an opening in its 16 beds, and two rows of chairs regularly fill with awaiting patients. Renovations are currently underway to expand the space to 36 beds and add on bathroom and shower facilities for patients on longer stays.

The emergency department is often the first stop for University Hospital patients, who come from across the country at all times of day. They are greeted by seasoned clinicians and medical residents on rotation through the ward. So far, 16 emergency medicine residents have graduated from the program since its launch in 2013. 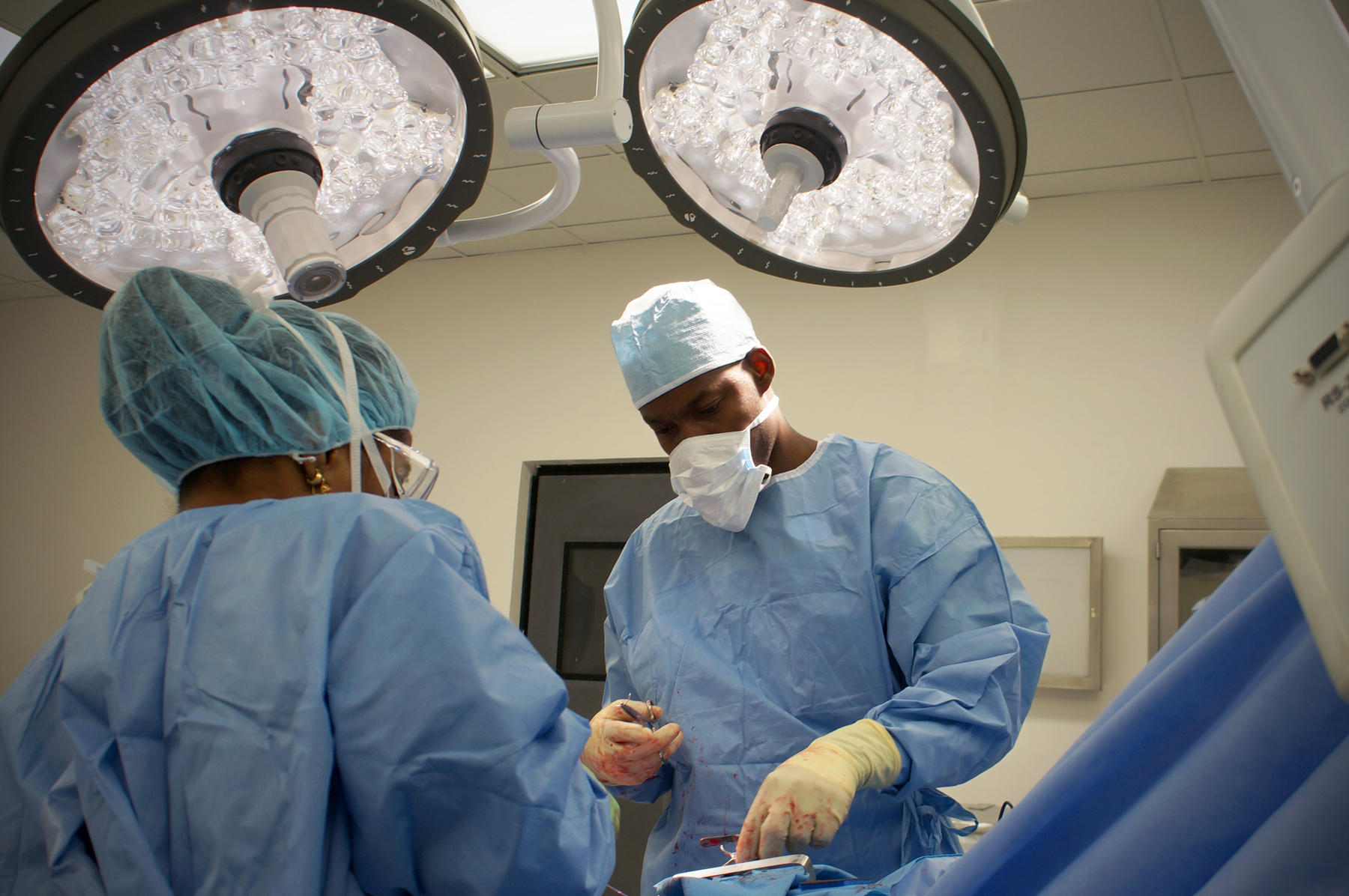 University Hospital is home to six state-of-the-art operating rooms, tucked away in the heart of the facility. In 2018 alone, surgeons performed 1,666 lifesaving cesarean sections and more than 600 other women's health-related procedures, such as hysterectomies.

So far, 19 surgical residents have entered University Hospital’s medical education program, six of whom have graduated so far. 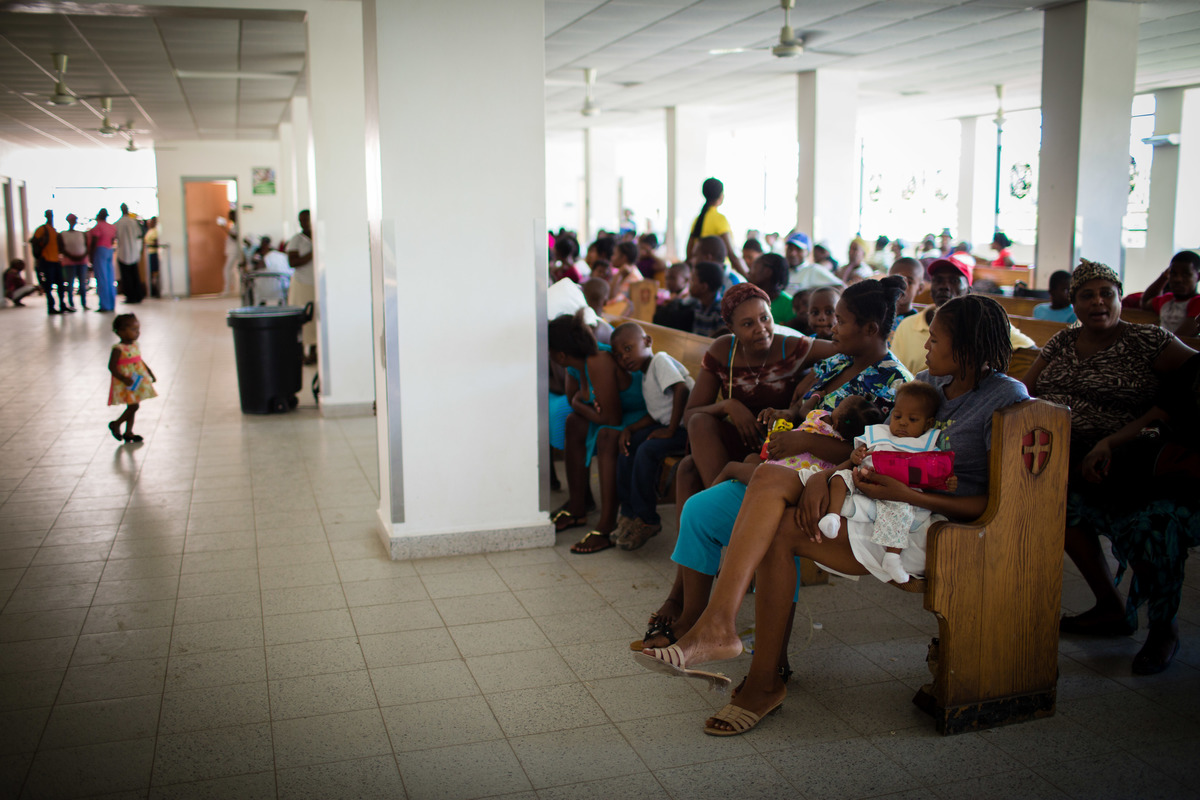 In the pre-dawn hours, dozens of patients begin arriving at University Hospital’s main entrance to await their turn for high-quality care, at little or no cost. Last year, clinicians conducted nearly 182,290 outpatient visits and admitted close to 4,320 patients, many of whom had traveled hours to be seen by the facility’s top-notch doctors and nurses.