Dr. Cyprien Shyirambere, director of oncology for Inshuti Mu Buzima, as PIH is known in Rwanda, fills out paperwork after seeing patients for follow-up care in the oncology ward at Butaro District Hospital, in 2016. The hospital's radiotherapy referral program saved more than 100 lives in a period from 2012-15, a recent study has shown. Cecille Joan Avila/PIH

Clinicians for Partners In Health in Rwanda saved more than 100 lives with a vital referral program that enabled cancer patients to access radiotherapy when none was available in the country, a study shows.

The program at a PIH-supported hospital in Rwanda’s Northern Province supported patients’ care, transportation, and housing at the Uganda Cancer Institute in Kampala, Uganda’s capital.

Without the referral, patients may not have been able to access radiotherapy, often a crucial component of cancer treatment.

Dr. Cyprien Shyirambere, director of oncology for Inshuti Mu Buzima, as PIH is known in Rwanda, said nearly 60 percent of cancer patients need radiotherapy at some point in their care.

“Radiotherapy is just as important as the other modalities of cancer treatment, and with this study, we’ve shown that, even for a rural facility, referring patients outside the country is a feasible option, through rigorous selection and effective collaboration with radiotherapy centers in the region,” Shyirambere said.

The referral program began in 2012, shortly after the Butaro Cancer Center of Excellence opened its doors at the PIH-supported Butaro District Hospital.  The cancer center provides patients from across the country, and even from neighboring countries, with access to comprehensive cancer care, including histopathology services (microscopic examination of tissue) for diagnosis; chemotherapy; surgery; palliative care; and psychosocial support.

Due to cost constraints and an initial lack of a radiation therapy staff, the cancer center was not able to offer radiotherapy services when it opened. Clinicians tried to fill that gap by referring patients elsewhere, and providing them with financial support to access that care.

At the time, Rwanda was one of 28 African countries without a radiotherapy facility. So every month, Butaro clinicians selected 10 to 15 patients for referral to the cancer institute in Kampala, the nearest center with the capacity to provide radiotherapy services.

How Referral Saved a Mother, and a Family

PIH clinicians helped Françoise Umutesi get radiotherapy in Kampala, Uganda, in 2013. She's now a breast cancer survivor, and a grandmother. 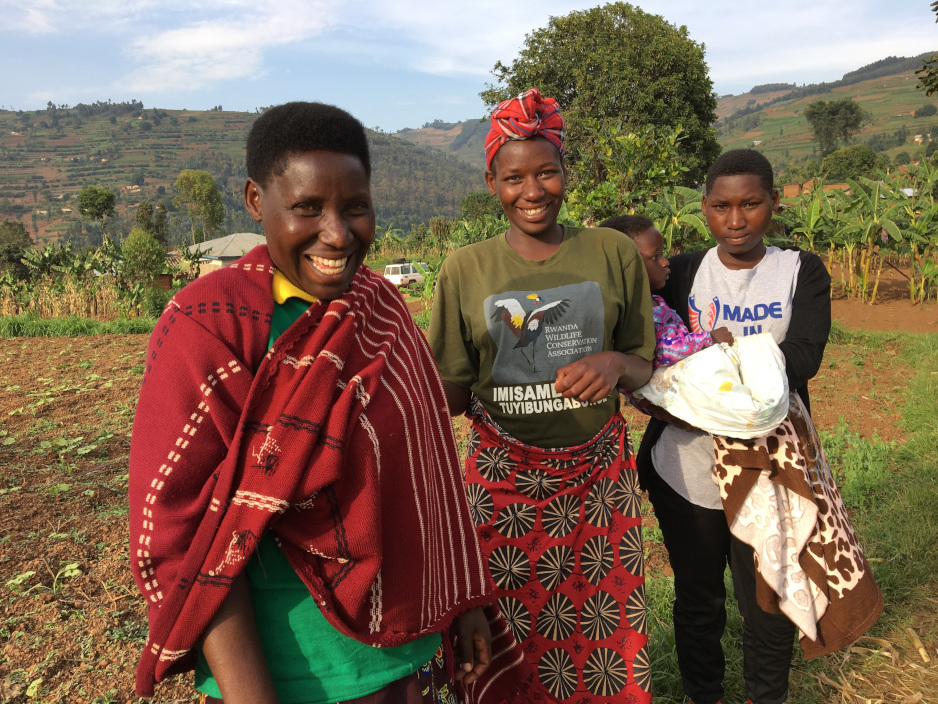 Françoise Umutesi had a mastectomy in 2012, at Butaro District Hospital in northern Rwanda. She was one of the first patients at the hospital’s Cancer Center of Excellence, which opened that year.

Now, she's seen her eldest daughter graduate college and is holding a grandson she once thought she would never meet.

Accompanied by a single oncology nurse, the patient group would make the 300-mile journey to Kampala by bus. On arrival, the nurse would show the patients to their hostel and the clinical facilities at the institute before delivering their documentation to staff. After completing radiation treatment—a six-week process, on average—the patient group would return to Rwanda.

Because treatment at the institute primarily was available to patients able to walk and move around independently, referrals were limited to those patients strong enough to undergo radiotherapy without a caretaker.

“And that was only about 20 percent of the patients who needed radiotherapy,” Shyirambere said.

Nevertheless, he added, the Butaro cancer center’s pioneering referral program has proven its worth.

The study assessed about 200 patients referred by the Butaro cancer center for radiotherapy in Uganda between July 2012 and June 2015. Follow-ups averaging about a year after their treatment showed that more than half of the patients had progressed successfully, with no evidence of recurrence.

The study was published in 2018 in the Journal of Global Oncology, and titled, “International Radiotherapy Referrals From Rural Rwanda: Implementation Processes and Early Clinical Outcomes.”

Shyirambere is a co-author on the study. He said that while the ultimate goal is to establish local radiotherapy capacity in countries across sub-Saharan Africa, achieving that goal will take time, which many patients don’t have. Until then, he said, efforts to provide short-term, bridging care can save thousands of lives.

Of course, implementing the referral program wasn’t without challenges—the biggest of which came in 2016, when the Kampala institute’s 20-year-old radiotherapy machine broke down and couldn’t be fixed.

The government of Rwanda pledged to open a radiotherapy service in Rwanda’s capital, Kigali. But that would take time, and clinicians at Butaro weren’t content to wait.

“We had to find another way to help our patients,” Shyirambere recalled.

He and colleagues quickly began searching for an alternative.

Within weeks, they’d negotiated a deal with one of Kenya’s best hospitals: a private facility in the capital, Nairobi, that agreed to provide radiotherapy services for patients from the Butaro cancer center at a deeply discounted price.

The cost of caring for one patient who receives radiation therapy in Nairobi was close to $10,000. Alex Coutinho, former executive director of Inshuti Mu Buzima, reflected on that cost in a letter from Nairobi in 2016, writing that, “very, very few Africans could access it.”

Coutinho described the Nairobi hospital’s state-of-the-art radiation therapy unit as having two linear accelerators, a brachytherapy unit, an MRI and CAT scan dedicated for staging and planning therapy, and a team of Kenyan clinicians managing the complex.

“This is what we want in Butaro or Kigali,” he wrote.

In the years since, the government of Rwanda has begun to put the pieces in place.

Rwanda’s first radiotherapy center opened last year, with the installation of two top-of-the-line linear accelerator machines at Rwanda Military Hospital in Kigali. The machines have now served many patients with cancer from Rwanda and the region, Shyirambere said.

The center has plans for continued growth, including development of brachytherapy, a radiation treatment that’s an essential component for several kinds of cancer, including cervical.

Shyirambere said the Butaro cancer center eventually will have its own radiotherapy capacity.

“But until then, we’re sending our patients to Kigali and a few selected cervical patients to Nairobi, until there is brachytherapy in Rwanda,” he said.